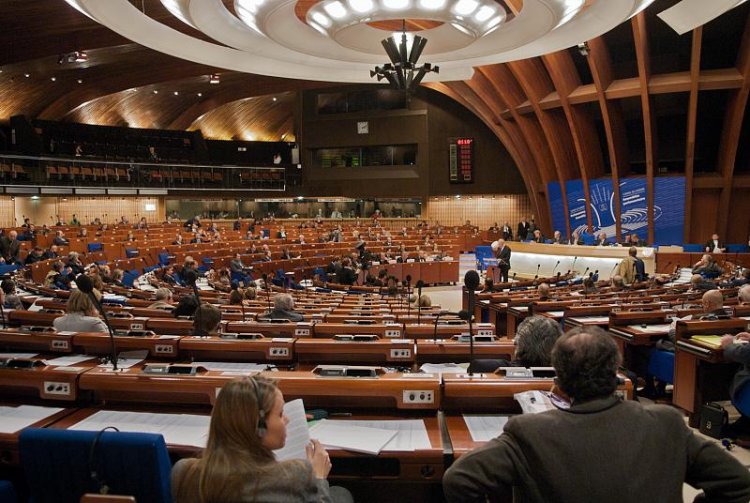 The Parliamentary Assembly of the Council of Europe met on the 21st of June 2022 for a high-level panel on “upholding democratic security in Europe”. During that meeting, the Secretary General of the Council of Europe Marija Pejčinović Burić and the Chair of the Organisation’s Committee of Ministers Simon Coveney gave speeches regarding the need to uphold security in Europe in wake of the Russian Federation’s aggression against Ukraine.

During the occasion, Mr. Coveney announced the fourth summit of Heads of States and Governments of the 46 Member States of the Council of Europe. The objective of the summit is to “redouble the Council of Europe’s support for Ukraine, refocus its relations with the 27-member European Union and recommit leaders to its first principles – above all, the rulings of the European Court of Human Rights”. Although no precise date has been announced as to when the summit will take place, Simon Coveney stated that it could take place as early as November. Mr. Coveney also announced that the summit will discuss the resourcing of the Council of Europe and the development of tools on online platforms which protect our democracy and counter the ‘fake truths’ disseminated by autocrats. In particular, Mr. Coveney stated the following:

“Democracy is a three-legged stool. It needs not only free elections, but adherence to an impartial rule of law and respect for human rights. […] Securing democracy demands that we protect the tapestry of institutions that collectively hold states to account”.

Marija Pejčinović Burić agreed with Mr. Convey that the “time ha[d] come for a fourth Summit of Heads of State and Government”. In addition, during her speech, she discussed the need to put democratic security at the forefront in the upcoming years. The Secretary General said:

“the rise of populist and nationalist extremism is a direct threat to our values, for multilateralism and democratic security. The most obvious example of this is the brutal aggression committed by the Russian Federation against Ukraine”.

After her renewed support for Ukraine, the Secretary General announced that the Council of Europe was reopening its offices in Kyiv, Ukraine and would assist in the investigations of gross human rights violations.

Council of Europe. (2022, June 21). Simon Coveney at PACE: It’s time for Council of Europe Heads of State and Government to reconvene. Newsroom – Council of Europe. Retrieved on June 23, 2022, from https://www.coe.int/en/web/portal/-/simon-coveney-at-pace-it-s-time-for-council-of-europe-heads-of-state-and-government-to-reconvene

US begins to enforce the Uyghur Forced Labor Prevention Act

May 17 – The international day against homophobia, transphobia...