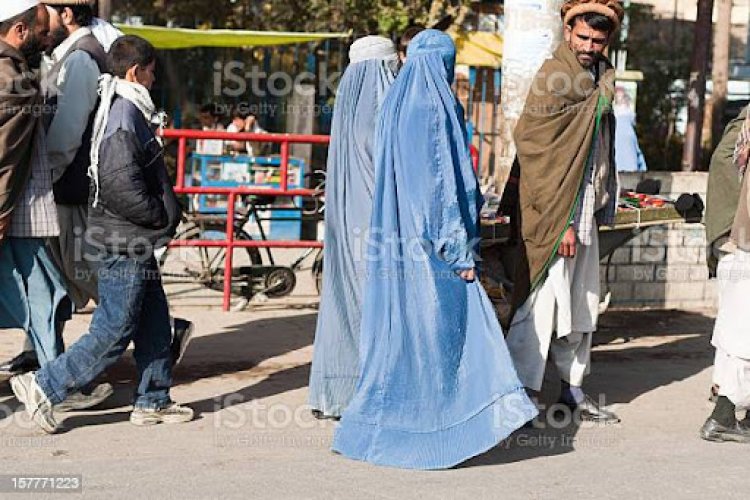 In the latest crackdown on basic human rights by the country’s news rulers seizing power, the Taliban have ordered airlines in Afghanistan to prohibit women from flaying unless they are accompanied by a male relative.

After turning to power, Taliban promised a lighter version of the severe rules that characterized their first stint in power, from 1996 to 2001, but restrictions have crept back in, frequently applied locally at the whimsy of local officials.

Women are increasingly being shut out of public life — barred from school and most government jobs, and ordered to dress according to the Taliban’s strict interpretation of the Qur'an. In their latest crackdown, the Taliban ordered Afghanistan’s Ariana Afghan Airlines and Kam Air to stop women from boarding flights unless they were escorted by a “mahram,” or adult male relative.

According to an aviation official, the decision was made during a meeting on Thursday between the representative of Taliban, the two airlines, and Kabul airport immigration authorities. “no women are permitted to ride any internal or foreign flights without relative” said a letter was written by a senior official of Ariana Afghan Airlines to his staff, a copy of which was obtained by AFP.

The Ministry for the Promotion of Virtue and Prevention of Vice, the Taliban‘s religious enforcers, denied ordering the flight restriction, but two travel agents by AFD verified that they stop issuing tickets to solo female passengers.

The new restriction on women follows Wednesday’s shutdown of all girls’ secondary schools just hours after they were allowed to reopen for the first time since August.

The Taliban appear also to have set their sights on local media networks, which flourished under the previous US-backed regimes.

On Sunday, the authorities ordered the BBC’s television partners in Afghanistan to stop broadcasting news bulletins in Pashto, Persian and Uzbek.

“Since the foreign TV channels are broadcast from abroad, the Islamic Emirate has no access to control their contents,” government spokesman Inamullah Samangani said.

Giving Birth in The Middle Of A War