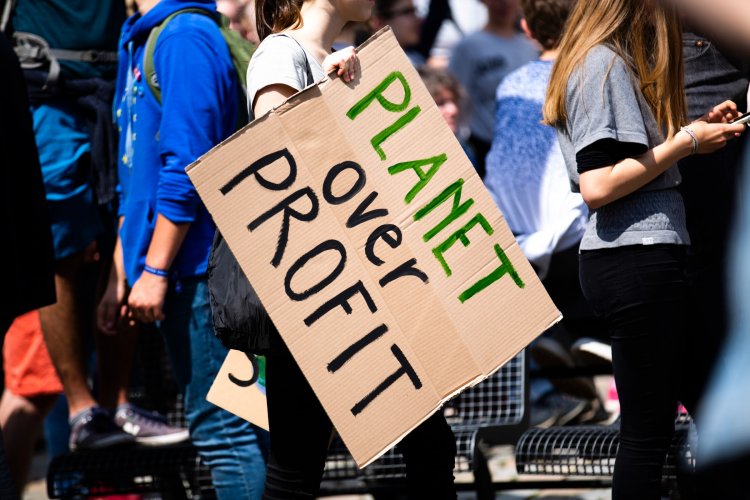 Photo by Markus SPISKE via Unsplash

In the Fall of 2018, a group of climate activists from a Swiss collective called “BreakFree Suisse” organised several demonstrations and protests against Credit Suisse's investments in fossil fuels. One of the activists in Geneva painted his hands in red and smeared them on the front door of Credit Suisse to symbolise the blood of the victims of climate change. The activist was charged with damaging private property, but in the appeal, the Cour de Justice (“Court of Justice”) reversed the judgement and acquitted him. The Court of Justice stated in the judgement that the activist acted in a putative state of necessity due to imminent risks of climate change. Nevertheless, this promising judgement was overturned by the Swiss Bundesgericht (“Federal Supreme Court”), holding that climate change does not represent an imminent danger to the individual legal interests of the activist. Unfortunately, on March 31, 2022, the Court of Justice revised its decision accordingly and ordered a symbolic fine of 100 Swiss Francs as well as compensation for damages.

Similarly, in November 2018 inLausanne, activists blocked the entry to Credit Suisse demonstrating against Roger Federer partnering for the advertisement campaign of the Bank. The activists were dressed in sports clothes and staged a tennis match. They claimed that there is a “justifiable state of emergency” (rechtfertigender Notstand) because of climate change and that they had the right to peaceful protest in light of this. Their litigation story started hopefully, when the Tribunal de police de l’arrondissement de Lausanne (“Police Court of the district of Lausanne”) acknowledged the imminent threat and ruled in favour of the activists, stating that the protest was necessary and proportionate. This decision overruled by the Tribunal Cantonal du Vaud (“Vaud Cantonal Tribunal”) that acknowledged the imminent threat posed by climate change but stated that there are alternative means of opposition, such as political and legal instruments; but the protest they held cannot make any effect on the reduction of gas emission. In 2021, the Swiss Bundesgericht upheld the  decision that the protest was unlawful and added that there was no specific legal interest involved, and that the activist acted on collective interest, namely the environment, health, or the well-being of the population.

Worrying decline trend in LGBT+ rights and freedoms in Romania

Environmental and Human Rights Interests Clash Over US...