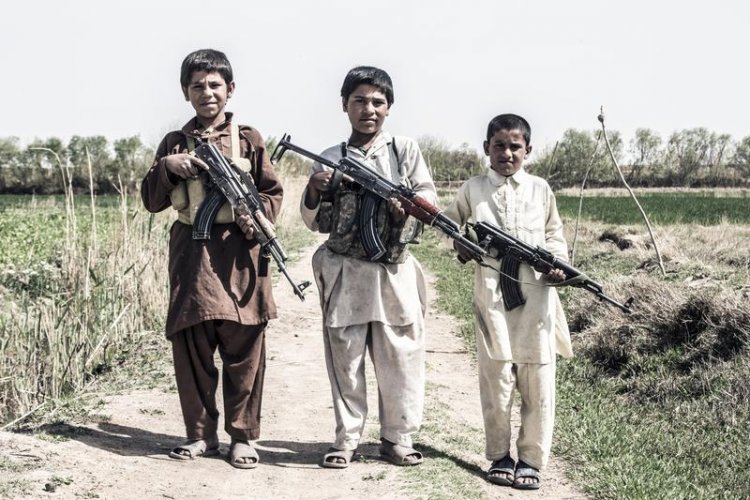 Boys aged 10, 12 and 14 help to fight and defend their village from the Taliban alongside the Afghan Local Police, by Jackson Fager https://www.wnycstudios.org/podcasts/takeaway/segments/isis-draws-new-attention-child-soldiers

Sweden has charged a woman for allegedly allowing her son to fight for the Islamic State group as a child soldier in Syria. One year before the jihadist group declared a “caliphate” in large swathes of the country and neighbouring Iraq, in 2014, the Swedish woman travelled to Syria. For this reason, the woman is accused of having allowed her son to fight for armed groups, including IS, from the age of 12 to 15. The boy then died in 2017 without elaborating on the cause of his death. The woman, who returned to Sweden in 2020 after the military defeat of the IS proto-state, has denied all charges. Public prosecutor Reena Devgun said an investigation seemed to indicate otherwise, because the child was educated and trained to partake in the hostilities.

SWEDEN CHARGES WOMAN WITH ALLOWING SON TO FIGHT FOR IS, JusticeInfo, https://www.justiceinfo.net/en/86015-sweden-charges-woman-with-allowing-son-to-fight-for-is.html