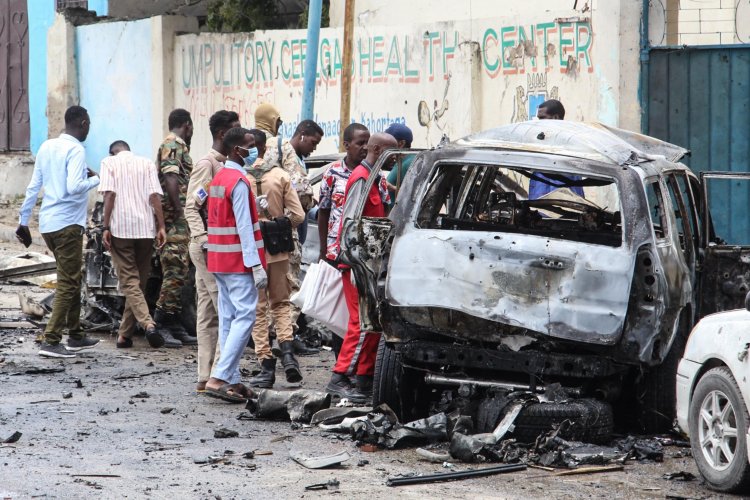 The attack on Saturday 25 September targeting a convoy going into the presidential palace is claimed by the armed group Al-Shabab, a group linked to Al-Qaeda. A suicide car bomb blast killed at least eight people, which took place at a security checkpoint near the presidential palace in the Somali capital. Abdifatah Aden Hassen, police spokesman, stated that the number of casualties could potentially be higher as some of the injured or deceased victims were taken away by relatives after the attack. He stated that Al Shabab massacres civilians, and district police chief Mucaqiye Ahmad Mudey confirmed that most of the 8 deceased victims were civilians and at least 7 others were wounded. Among those killed was Hibaq Abukar, a woman and human rights affairs adviser in Prime Minister Mohamed Hussein Roble’s office.