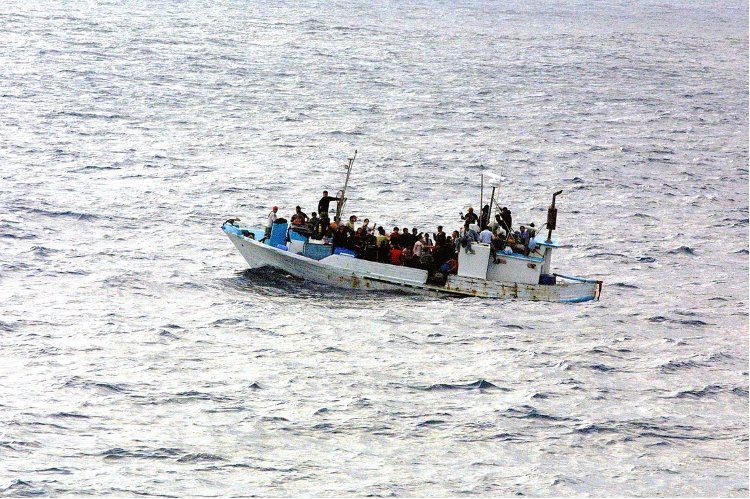 Photo by Gerd Altmann via Pixabay

Al Jazeera has published a series of reports detailing the experience of Lebanese and Syrian migrants and refugees who were stranded aboard a sinking fishing boat near the coasts of Malta and Italy. The boat departed from Lebanon and traversed the Mediterranean over a period of nearly two weeks. Appeals for assistance revealed that the food and water supply had been depleted and passengers were using buckets to remove water from the vessel. Despite the clear distress of the passengers, a rescue operation was not authorized by either Malta or Italy. The UNHCR confirmed that on arrival in Italy, six Syrians were dead, including three children. Notably, Mediterranean Sea crossings have increased this year. The Eastern Mediterranean route has seen twice as many crossings, while journeys via the Central Mediterranean have increased by 44%. The UNHCR estimates that 1200 people are missing at sea or dead this year alone.

Seeking asylum from persecution and armed conflict is a human right. The Universal Declaration of Human Rights was the first international instrument to enshrine the right to seek asylum from persecution. The 1951 Refugee Convention and its 1967 Protocol, in addition to international human rights treaties, have since established a legally binding system creating international obligations for States to promote and protect the rights of displaced peoples. Even though migrants are not fleeing persecution, their human rights must still be respected and protected. Moreover, there is a long-standing duty to rescue asylum-seekers and migrants in distress at sea. This duty has been codified in the United Nations Convention on the Law of the Sea and the International Convention for the Safety of Life at Sea.

State failure to engage in rescue at sea is a policy issue that must be addressed. Federico Soda of the International Organization for Migration has stressed the need for responsibility-sharing of the humanitarian crisis in the Mediterranean, including coordination of organizations involved in search and rescue. Safe disembarkation locations are required and the poor conditions of detention centers must be addressed. Government-led schemes for refugees fleeing Ukraine were swiftly established following the Russian invasion. Such a policy approach is vital to effectively respond to the refugee crisis in the Mediterranean to prevent growing numbers of avoidable deaths.

Mediterranean migrants: Why are deadly sea journeys on the rise again? (2022, August 17). In AlJazeera. https://www.youtube.com/watch?v=4j8a_mebGNQ&t=105s

Domestic violence in Argentina: the IACHR welcomes the...

Khan wishes to “take back” alleged threats towards female...