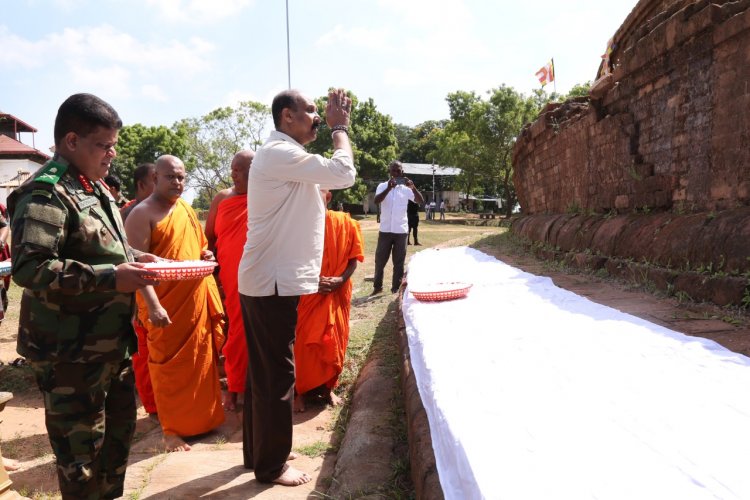 Sri Lanka’s Defence Secretary, Kamal Gunaratne, at the restoration of another Sinhala Buddist stupa in the Eastern Province of Sri Lank in early 2021. Photo: Tamil Guardian, 2021.

The Tamil media and community, however, allege this restoration to be a pretence and yet another “intense Sinhalisation effort” in the Eastern province of the country which is historically a Tamil populated area and claimed as “Tamil homeland” (Tamil Guardian, 2022). These state-sponsored “Sinhalisation” efforts of traditional Tamil populated areas, particularly in the North and East of Sri Lanka, have been reported more often in the past year. Tamils accused the government of an attempt to redraw district borders and thus alter political borders, encroaching on the Tamils’ political power (Tamil Guardian, 2021).