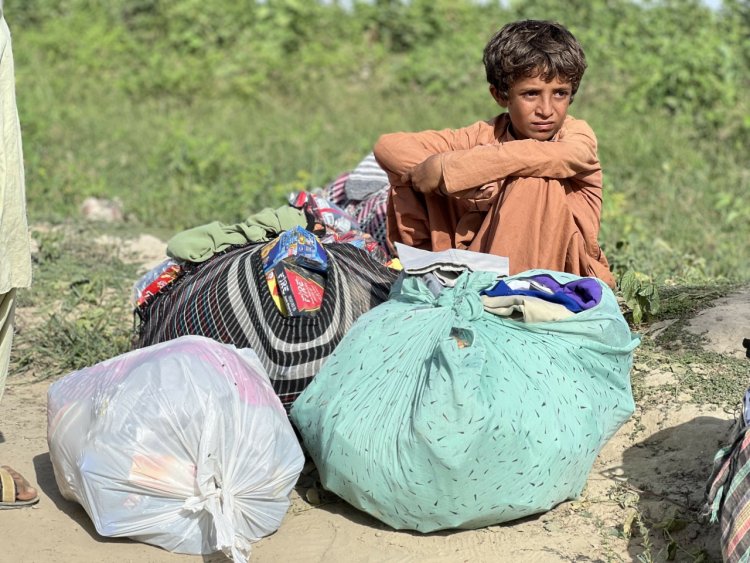 Bela is a small town located in the heart of Balochistan’s Lasbela district. Recently, the massive floods, which have killed over 1,300 people and affected over 33 million, have at least brought this town into the spotlight (Khushik, 2022). Per the daily situation report issued by the National Disaster Management Authority (NDMA) on September 8, 32 of Balochistan’s 37 districts have been affected by the floods, resulting in the deaths of 263 people and leaving another 166 injured (NDMA, 2022). Over 64,000 homes have been partially or completely destroyed (Ahmed, 2022).

According to the official report, almost 65 percent of Bela’s population has been affected by the floods. Bela has a total population of 104,000, out of which almost 65,000 people have been impacted (Ahmed, 2022). As the local government has not fulfilled its obligation to operate disaster relief，some NGOs have to work in isolation which results in goods kept being distributed to the same group of  people.

According to the local residents, “The government has given us tents, but we need a proper roof over our heads.” At present, the government only provides tents for temporary use, but has no plans to relocate the affected residents, and there are no other emergency rescue measures (Ahmed, 2022). Prime Minister Shehbaz Sharif has already announced Rs0.5 million as compensation for those whose homes had been completely destroyed and Rs200,000 for those whose homes had been partially damaged (Ahmed, 2022). However, how long it takes for the funds to be disbursed still remains to be seen.

Due to the impact of the flood, local children have been unable to return to school, children's right to education is seriously affected (Ahmed, 2022). The local government should immediately take measures to provide effective assistance to the affected residents, and resume work, production and education as soon as possible.

Time to choose for Italy: Will the appointment of far-right leader Giorgia Meloni...

A Christian Woman in Pakistan Was Forced Into Hiding After Being Given The Option...