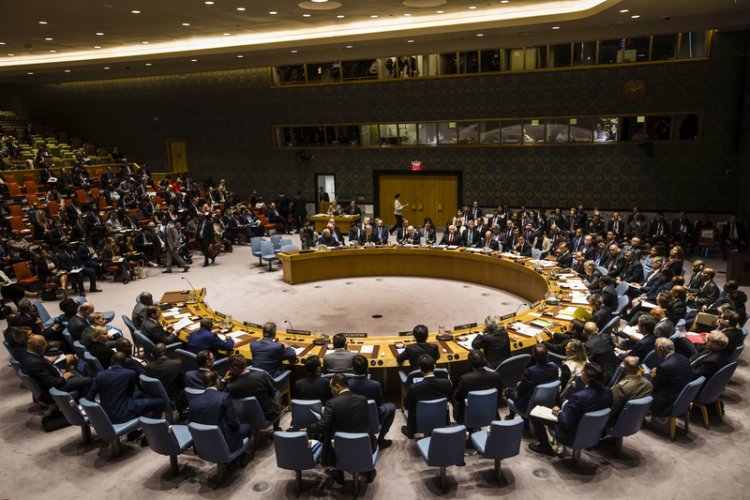 Photo by Palinchak via Megapixl

The 9237th meeting of the Security Council on 9 January 2023, pertaining to the situation in the Middle East, unanimously adopted Resolution 2672 renewing the humanitarian mandate at the Bab al-Hawa border crossing shared by Turkey and northwest Syria. Initial authorization establishing the cross-border mechanism was adopted by Resolution 2165 in 2014. The Security Council also called on Member States to provide humanitarian assistance to the Syrian people in the setting of a worsening socioeconomic crisis, in which 4.1 million Syrians require humanitarian relief.

The UN Monitoring Mechanism mandated by the Security Council at the Bab al-Hawa border-crossing safeguards the work of humanitarian actors by allowing them to provide coordinated assistance under surveillance. UN Monitors observe operations at a Logistic Cluster Hub and accompany Syrian vehicles between the border crossing and the hub in Turkey. The border crossing is limited to humanitarian and commercial freight and only allows the crossing of private vehicles in exceptional circumstances.

Representatives of France, Japan, the United Kingdom, and the United States advocated for extending renewals from six to twelve months to enable planning and enhance capacity, while delegates of China, Russia, and Syria called attention to the humanitarian consequences arising from unilateral sanctions. Both the representatives of China and Russia submitted that the cross-border operations should be replaced by cross-line deliveries that respect Syria’s sovereignty. The Russian delegate further asserted that the six-month extension in July will not be endorsed unless new measures are adopted.

A representative of Syria was invited to participate in the meeting and articulated the need for recovery projects. Although the representative of the United States expressed concern that “this resolution represents the bare minimum”, she maintained that the United States would not partner with the Syrian regime on reconstruction efforts without a ceasefire and genuine political process promoting a resolution to the longstanding conflict.