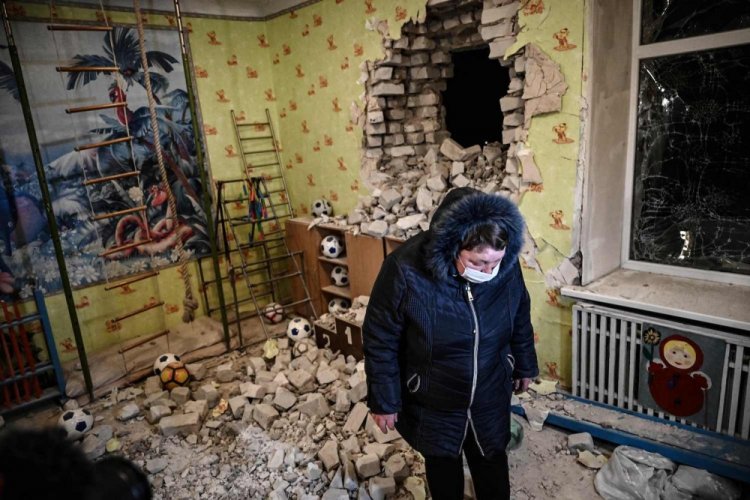 As of the 25th of February 2022, Russia has now attacked Ukraine on three fronts, invasion by land, air and sea. It has invaded Ukraine's Eastern, Northern and Southern borders, with Putin demanding that Ukraine's military lay down its arms. Ukraine's leader said his country “won't give up its freedom.” [1]

On the 21st of September, Putin signed decrees recognizing the Donetsk and Luhansk People’s Republics and deployed troops to Ukraine for “peacekeeping functions.” [2] At an emergency meeting of the United Nations on Monday night, several States said the order was a serious violation of international law and Ukraine’s sovereignty. Since Russian troops entered, there have been numerous reports of missile strikes and explosions near major cities in Ukraine. The UN refugee agency stated that the situation is rapidly deteriorating and urged neighbouring countries to keep their borders open to Ukrainians who will undoubtedly seek refuge. [3]

The US, EU, UK and Japan have now imposed several sanctions against Russia. The leaders of France, Germany and the US on Monday also considered the invasion a “clear breach” of the Minsk peace agreements. In response to the sanctions imposed, Russia's foreign ministry has now said Russia will respond to the sanctions in a tit-for-tat manner, according to Russian news agency Ria. [4] The situation continues to unfold, with Russia having an estimated 150,000 to 190,000 soldiers surrounding Ukraine.

At least 12 Civilians Killed in Car Bomb Explosion near...

Grave setback for human rights in Turkey: Withdrawal from...