Receding Floods in Punjab Leaves Displaced Families to Fend For Themselves 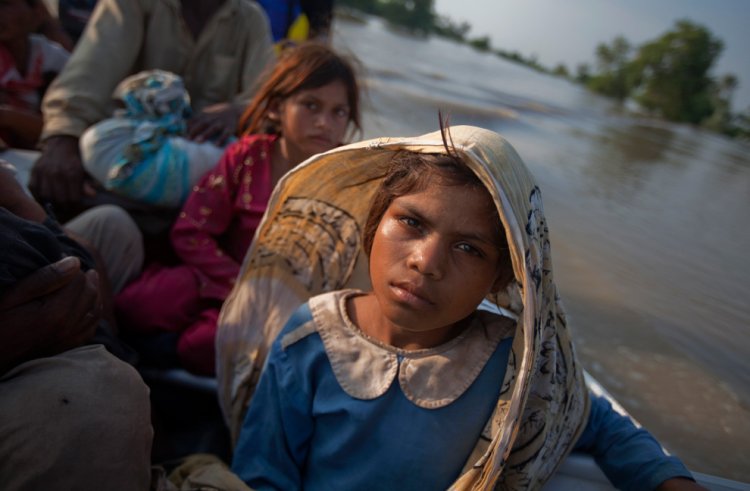 Following the recent monsoon rains and flash floods, the South Punjab region of Pakistan is now in the midst of a flood recession. While this may appear to be a favourable development at first, displaced families are now returning to their homes to determine whether they are inhabitable. There were devastating revelations; Pakistan's flood catastrophe left a trail of wreckage in its wake, with homes washed away, plant agriculture ruined, and no evidence of surviving farm life. Months may have passed since the flood, and the Pakistani government has made several promises to those who were impacted regarding the start of restoration and rehabilitation. However “there is a general consensus among the affected population that they have to fend for themselves – shelter, food, clean drinking water, medical facilities, they are on their own” (Rizwan, 2022). According to the Punjab Disaster Management Authority, an October 16 released data demonstrated that 223 people including 80 children along the province were killed by the monsoon rains. A total of 673,970 individuals were affected, “damaged crop area 706,797 acres and partially and fully damaged houses 67,981” (Rizwan, 2022).

Activist Sabahat Aruj further told Dawn that organisations and volunteer workers had stepped forward to help by distributing rations and gradually reconstructing homes. However volunteers could only do so much and soon had to return back to their daily life of work or studies. As a result “many flood-affected families were still drinking contaminated floodwater, while some had stored clean water, but that would also end soon. In some cases, animals and humans are drinking the same water” says Aruj (Aruj, 2022). Water-borne infections quickly spread, and communities are being exposed and suffering from skin and stomach ailments due to a lack of resources such as medical care. Umar Rind, a Taunsa-based local journalist, had shared his complaints on local MNA and MPAs. Stating that “[o]nly recently a survey was completed, but 60 per cent of the families that lost their houses were aided by various NGOs to build at least a room each so they have some roof over them for the winter. MPAs Khwaja Dawood and Usman Buzdar also didn’t make any efforts to provide relief in their constituencies”, “[t]here’s no clean drinking water, the education system has completely collapsed and diseases like malaria and diarrhoea are rampant here” says Rind (Rind, 2022).

Syrian refugee quits race for parliament over racism and...