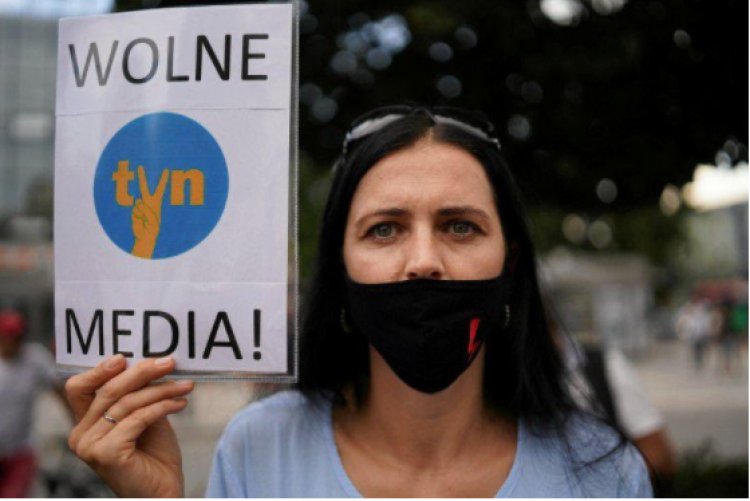 A new amendment to the media law passed in Poland will prevent and end corporations based outside of the European Economic Area from owning a majority share in Polish media companies. This amendment has been seen as an attempt to limit the influence of the largest independently-owned broadcaster in the country, TVN, which is owned by the American conglomerate Discovery Inc. They will now be forced to sell their controlling stake in the company. The broadcaster has been a critical source of government scrutiny and has exposed public misconduct. It is also a hugely popular network operating Poland’s news only channel TVN24 whose evening news programme is watched every day by millions of Polish people. The TVN network has already faced pressure from the government through the state broadcasting authority’s denial of an extension of TVN24’s broadcasting license for over a year, which is set to expire later this month.

MPs from Poland’s governing PiS party have claimed that the amendment intends to prevent corporations from undemocratic states dominating Polish media companies. Deputy Prime Minister and leader of PiS Jaroslaw Kaczynski has insisted the law also serves to protect Poland’s media companies from the involvement of money-laundering and the narcotics trade.

However, the measures faced opposition in protests in dozens of cities and towns around the country stating that the enforcement of this law would mean returning to a level of media censorship not experienced since communist rule. The law was also deplored by representatives of both the EU and US, both of which claimed this law constitutes a crucial assault on media freedom and diversity in Poland. The European Commission’s vice president for values and transparency said ‘Media pluralism and diversity of opinions are what strong democracies welcome, not fight against’ and that the ‘draft Polish broadcasting law sends a negative signal.’ She has also stated that this law is an indication of the need for a Media Freedom Act to be introduced in the EU which would preserve media freedom throughout the bloc.

This law, as part of a range of measures limiting media freedom under the PiS government, has led to Poland’s position in the World Press Freedom Index falling from 18th to 64th place.

The WHO devises plan to improve health in Karnali Province

GHRD to announce their final panellist for their upcoming...

Two brothers held for the murder of their sister in Pakistan

Woman sexually harassed on the streets of Lahore, Pakistan