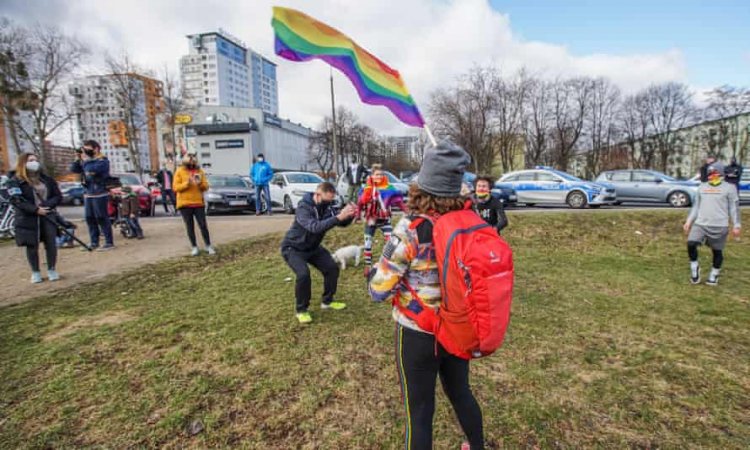 Last month two people were hospitalized after an attack by a gang of 30 masked men in Gdansk. As a sign of solidarity with two men who were attacked while exercising, activists have organized sporting events all over Poland  that were dubbed “solidarity workouts” and concluded on Sunday 28 March with an “equality jog” in Gdansk. In Wrocław, the fourth-largest city in Poland, the workout had to be ended after participants were attacked by 12 men shouting homophobic insults. The organizers say that aim of the protest was to show that “violence is not permitted” and the LGBTQ+ community will “not be intimidated”.

Source: https://www.theguardian.com/world/2021/apr/14/polish-activists-embrace-equality-jogging-at-pride-parades (same as the picture)