Petro and Marquez: the victory of a former rebel fighter and the first Afro-Colombian female in the road towards progressiveness in Colombia 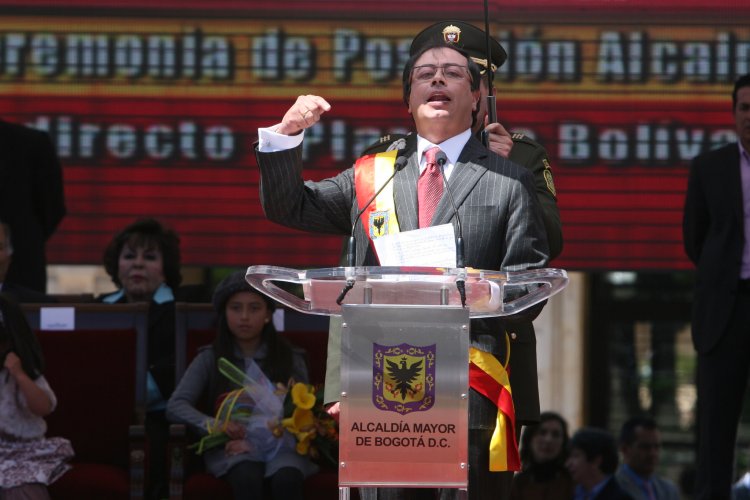 Yesterday (June 19th), Gustavo Petro was elected the new president of Colombia with 50.44% of the votes in a historic election for the country. Petro, who is a former rebel fighter for the M-19 and Colombia’s first left-wing leader, has promised profound social and economic changes. Alongside his running partner, Francia Marquez, the country’s first Afro-Colombian female vice president, the pair proposes to build peace and social justice.

Thousands of people took to the streets in Bogota to celebrate Petro and Marquez’s win. The country, which has for years been suffering with a war against the Revolutionary Armed Forces of Colombia (FARC), and with nearly half of the population living in some form of poverty due to inequality, now is celebrating the change and calling the election outcome as “historic”. The President has promised to fight for inequality with free university education, pension reforms, high taxes on unproductive land, fully implement the 2016 peace deal with FARC rebels, as well as that there will be dialogue in his government instead of political or legal persecution. The Colombian population has thus demonstrated they are seeking a government focused on key social issues.

On the other hand, analysts show the possibility of a political deadlock due to a fragmented legislature, where a dozen parties have seats, and will act as a check of Petro’s proposals. Daniela Cuellar of FTI Consulting affirmed that campaigning is not governing and the President’s policies will be more moderate, because “even if he tries to pass radical reforms, he does not have the congressional support to implement them”.

In any event, Petro’s victory now adds Colombia to a list of Latin American countries that have elected progressive presidents in recent years. Other left-wing leaders in the region congratulated Petro. Andres Manuel Lopez Obrador, Mexico’s President, wrote on Twitter that “Gustavo Petro’s victory is historic”; and Gabriel Boric, Chile’s President, wrote, “joy for Latin America! We will work together for the unity of our continent in the challenges of a world-changing rapidly”.

The setback for diversity in Argentina after Buenos Aires’ education officials ban...

Various stakeholders call for changes in some Liberian...