Over 700 Dead Bodies Found in Liberated Territories of Kharkiv, Donetsk, and Kherson Oblasts 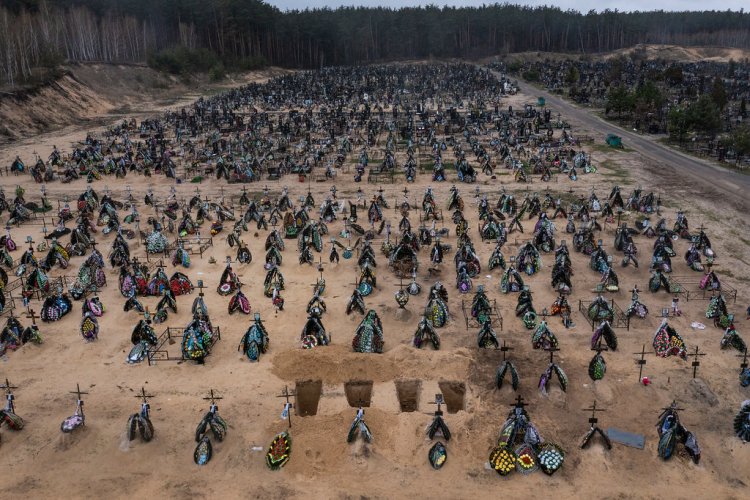 “Over 700 bodies have been discovered in the liberated territories of Kharkiv, Kherson and Donetsk oblasts during the last two months alone. And almost 90% of them are civilians. More than 20 places have been found where Ukrainian citizens were illegally detained and tortured,” quoting the words of the Prosecutor General (Tyshchenko, 2022).

According to data from the Ukrainian Prosecutor General’s Office, most crimes against civilians and torture chambers were registered in the Kharkiv region (Ukrinform, 2022). Kostin said that in almost every city and village in the region, law enforcement officers have found places where civilians were killed (Polskie Radio, 2022).

“We are seeing the same situation in the Kherson Oblast,” Kostin said (Tyshchenko, 2022). The Prosecutor General noted that in the recently liberated Kherson region, the Office of the Prosecutor General has just started to identify crimes committed by the Russian military against civilians (Censor.net, 2022).

Earlier this month, Ukrainian President Volodymyr Zelenskyy, stated  that investigators had discovered more than 400 war crimes committed by Russians in the Kherson region after the withdrawal of the Russian troops (Polskie Radio, 2022). Also, a few days before Prosecutor General Kostin’s announcement, on 17 November 2022, the Ukrainian Parliament’s Commissioner for Human Rights, Dmytro Lubinets, said that he was “shocked” by the scale of torture Russian forces inflicted on the residents of Kherson during the city’s occupation (The Kyiv Independent news desk, 2022). “I haven’t seen such a scale of (human rights violations) before. And I personally visited all (Russian) torture chambers in different Ukrainian oblasts,” Lubinets said (The Kyiv Independent news desk, 2022).

Somalia on the Verge of a Climate Crisis