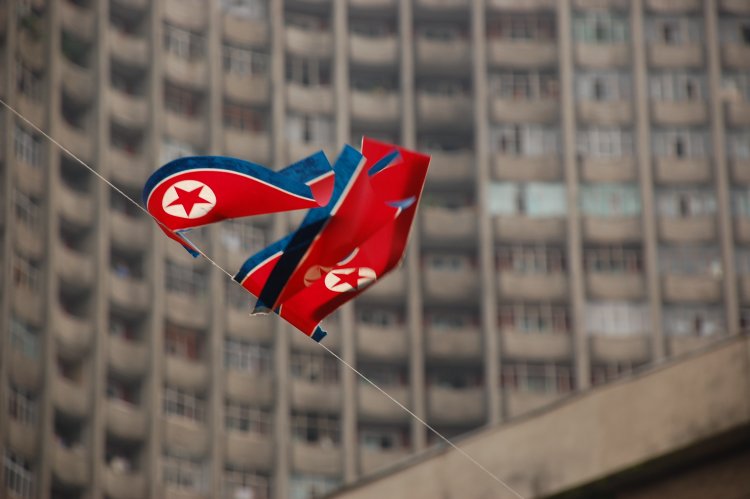 On the 18th, North Korea's Foreign Ministry criticized the adoption of the resolution at the UN General Assembly on North Korean human rights violations, stating that they do not recognize and completely and categorically reject the resolution itself, claiming that it was a product of the illegal and reckless hostile policy of the United States and its followers (Park, 2022). Cho Chul-soo, the director of North Korea's Foreign Ministry stated in the press announcement on the 18th that in North Korea, the people's independent rights are institutionally guaranteed and practically enjoyed, and that these 'human rights issue' that the US and its followers are talking about does not exist and cannot exist (Kwon, 2022). He then stated that they will do “everything in their power to protect national rights and interests from the hostile acts of the United States and its followers, and to promote true human rights for the masses of the people” (Park, 2022).

A reporter at this press announcement asked what the purpose of the US bringing other countries’ human rights matters to the international stage, Directer Cho replied that it is common American practice to “demonize independent sovereign states and interfere with their internal affairs to create international pressure” (Kwon, 2022). He continued, stating that the United States is a country will “many systemic human rights issues”, citing racism and gun crimes. From this, he stated that such countries “with the worst human rights violations in history are talking about other countries’ human rights issues as if they were ‘human rights judges’ is itself a mockery and insult to human rights” (Kwon, 2022).

Earlier on the 16th, the resolution on North Korean human rights passed the Human Rights Commission under the United Nations General Assembly with a consensus (Jang, 2022). This year, Korea participated as a co-proposer for the first time in four years since 2018 (Park, 2022). The resolution lists torture, arbitrary detention, sexual violence, political prison camps, enforced disappearance, restrictions on freedom of movement, restrictions on freedom of thought, religion, expression, and assembly, violation of economic, social, and cultural rights, and violation of human rights of women, children, and the disabled (Park, 2022).

North Korea has ratified several human rights treaties and documents. Those of relevance here include the Convention on the Rights of the Child (CRC) in 1990, the International Covenant on Economic, Social and Cultural Rights (ICESCR) in 1981, the Convention on the Elimination of All Forms of Discrimination against Women (CEDAW) in 2001, Convention on the Rights of Persons with Disabilities (CRPD) in 2016, and the International Covenant on Civil and Political Rights in 1981 (“Ratification Status by Country”). The listed human rights violations are breaches of human rights laws and norms that North Korea has obligations to protect under the conventions they have ratified. Torture is a jus cogen and is also cited in Article 7 of the ICCPR. Arbitrary detention is detailed in Article 9 of the ICCPR. Sexual violence is discussed in Article 16 of CEDAW. Political prison camps are prohibited in light of Article 26 of the ICCPR. Though North Korea has not ratified the Convention for the Protection of All Persons from Enforced Disappearance, enforced disappearances are still prohibited under Article 7 of the ICCPR. Restrictions on freedom of movement are prohibited under Article 12 of the ICCPR. Restrictions on freedom of thought, religion, expression, and assembly are discussed in Article 21 of the ICCPR. Broader and further violations of economic, social, and cultural rights are covered by the ICESCR. Lastly, violation of human rights of women, children, and the disabled are protected under the CRC, CEDAW, Article 12 of the  ICESCR, Article 24 of the ICCPR, and the CRPD more broadly.[1]

The resolution will be submitted to the plenary session of the UN General Assembly next month to condemn North Korea's systematic, widespread and serious human rights violations and demand improvement (Kim, 2022).

[1] For more details on the human rights violations listed, visit:

Jailed activist is mistreated in the UAE

Call For the Universal Recognition of the Right to a Healthy...