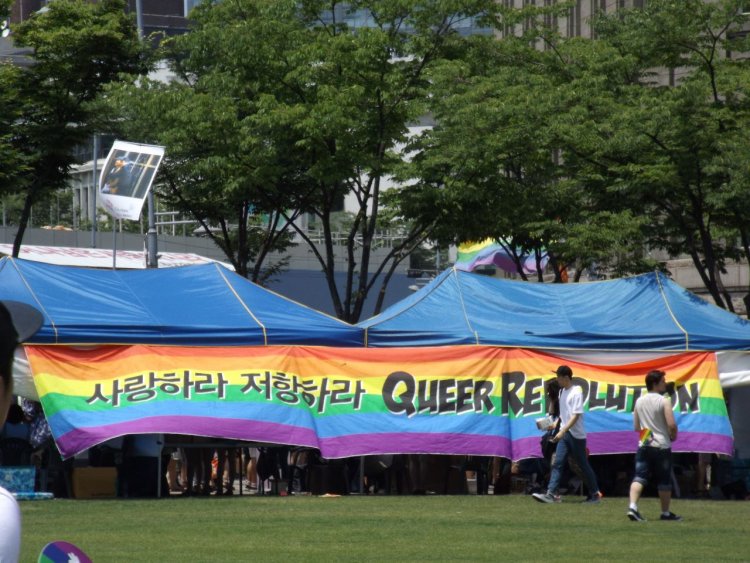 The city of Daejeon has entrusted the city-affiliated Human Rights Center to a religious corporation, the Korean Integrity Movement Headquarters (Seong, 2022). This decision has been under public controversy as the Korean Integrity Movement Headquarters is known as a corporation that does not support homosexuality (Han, 2022). In particular, Pastor Park Kyung-bae of Daejeon Songchon Presbyterian Church, the representative of this corporation, has been known to carry bias in relation to sexual minorities (Seong, 2022). Pastor Park has strongly criticized the Anti-Discrimination Act, which has been repeatedly proposed and repealed in the National Assembly for more than a decade (Seong, 2022). The Korean Integrity Movement Headquarters has also run promotional activities against queer festivals and organized forums against transgender people serving in the military (Seong, 2022).

Protesters have expressed their disapproval, with claims such as that “the city of Daejeon has announced that the city’s human rights institution, which is operated with citizens’ taxes, has been entrusted to groups that promote hate and discrimination against the value of human rights” (Han, 2022), and that “the selection of an anti-human rights organization only reflects the indomitable will to resolutely ignore the human rights of LGBTI citizens living in Daejeon” (Han, 2022).

Non-discrimination is a principle heavily protected under international human rights law, such as in the Universal Declaration of Human Rights (Article 2) and the International Covenant on Civil and Political Rights (ICCPR), which South Korea has ratified since 1990 (Ratification Status By Country). Particularly under the ICCPR, Article 2 calls for the respect of individuals without distinction of any kind, and Article 26 calls for non-discrimination before the law. Thus, it is in South Korea’s human rights obligations to uphold this principle of non-discrimination, including for sexual minorities, even within their local human rights centres.

Belgium Files Declaration of Intervention at ICJ in Allegations of Genocide Case...