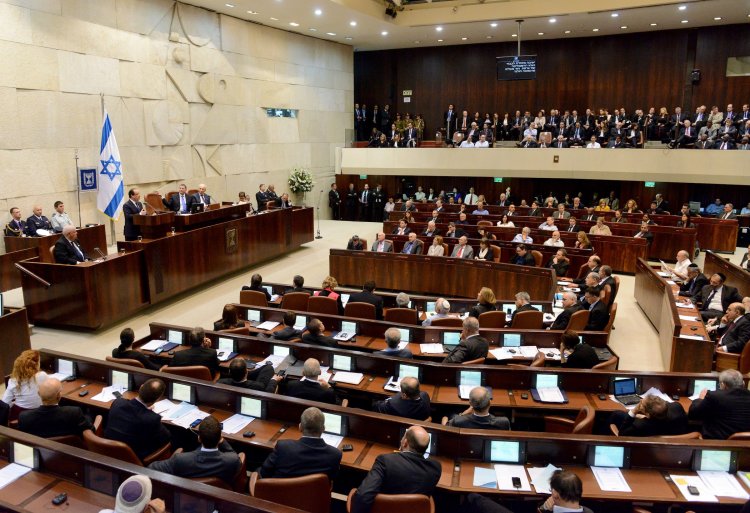 Photo by Rafael Nir via Unsplash

Former Israeli Prime Minister and controversial right-wing politician, Benjamin Netanyahu might return to power. Israel’s fifth parliamentary election in four years took place on Tuesday, November 1, 2022. The main reason for repeated elections was that individual parties in the Knesset (parliament) did not win enough seats for a majority and the coalitions they formed fell apart, leading to the inability to agree and pass legislation. [1] This time, Netanyahu’s ultra-Orthodox coalition won 64 seats, of which Netanyahu’s Likud has 32, in the 120-seat Knesset – 53.33%. [2] Once results are fully finalized, President Herzog will task Netanyahu with forming a government and assigning portfolios, within 28 or 42 days. [3] If he succeeds he will become the 15th Prime Minister of Israel.

Netanyahu was Prime Minister from 1996-1999, and again from 2009-2021 – longest serving PM. [4] His 12-year rule was interrupted when a once strong coalition formed against him, led by Yair Lapid (PM from July 2022 to present, until Netanyahu’s official takeover) and Naftali Bennett (PM from June 2021 to June 2022). This coalition questioned Netanyahu’s ability to lead due to the criminal charges against him. In three ongoing cases he is charged with bribery, fraud, and breach of trust. He is accused of receiving cigars, champagne, luxury bags and clothes, and favorable media coverage in exchange for reforming taxation and media laws to benefit wealthy businessmen and newspapers, among other allegations. Netanyahu and those who gave him said favors deny any wrongdoing, and his lawyer says none of the gifts were illegal. In a 2018 speech, Netanyahu said, “I do everything with only one thing in mind – the good of the country. Not for cigars from a friend, not for media coverage, not for anything. Only for the good of the state.” He was determined to stay in office until proven guilty, but the opposition coalition quickly deposed him. [5] In spite of such strong and shared anti-Netanyahu sentiments, the reason for the November 2022 election was the falling apart of this coalition. [6]

It seems the deadlock is over though with the new majority. Netanyahu’s coalition consists of four lists, one of which is the Religious Zionism list, which includes the third-largest Knesset party – the Jewish Strength Party led by Itamar Ben-Gvir, a notorious lawyer-politician convicted of a dozen hate crimes, including terrorist support. The JSP is considered extreme right-wing. Israel’s political scale is a spectrum of who is more right-wing, with almost no left-wing parties. For example, Lapid identifies himself as center left, however, his views are considered ‘center left on a right-wing spectrum’ by most. Experts say this government will be the rightest of them all. [7] Italy’s far-right Prime Minister, Giorgia Meloni, and Hungary’s nationalist Viktor Orbán were among the first to congratulate Netanyahu on his victory. The US government reportedly expressed concern and threatened to limit contact with ministries led by Ben-Gvir and Bezalel Yoel Smotrich, far-right leader of the Religious Zionist Party. [8]

For Palestinians, this brings about little hope. With 14 seats, support for Ben-Gvir’s JSP doubled since the last election. [9] Racism and discrimination against Palestinians is becoming normalized. [10] What’s more is that Ben-Gvir wants to be Public Security Minister and Smotrich wants to be Defence Minister. [11] The coalition’s policy goals include immunity for Israeli soldiers, the expansion of illegal settlements in the occupied West Bank, and the reversal of LGBTQ+ friendly laws, and the like. [12] Additionally, although Netanyahu promised not to abuse his power, his coalition members hinted that this is his get-out-of-jail card and some sources report that they aim to legalize one of the crimes he committed. [13] Previously, Netanyahu was hesitant to do things Lapid did, such as the banning of the six human rights organizations, [14] but if he gets away with his crimes, he may believe that he could get away with worse. Rumor has it that after his charges are dropped, he will drop his coalition partners, possibly leading to another election. [15]

[3] Some sources report 28 days while others report 42 days. Al Jazeera Staff. (2022, November 3); Tress, L. (2022, November 3). What happens next: Netanyahu expected to be tasked with forming government next week. The Times of Israel. https://www.timesofisrael.com/what-happens-next-netanyahu-expected-to-be-tasked-with-forming-government-next-week/

[7] Guyer, J. (2022, November 2). The return of Netanyahu and why he may rule differently this time around. Vox. https://www.vox.com/2022/11/2/23437462/israel-elections-benjamin-netanyahu-coalition-explained; Institute for Middle East Understanding (IMEU). (2022, November 1). What Israel’s 5th Election means for Palestinians. This Is Palestine - The IMEU Podcast. https://imeu.org/basic_page/4832

[9] Knesset. (n.d.). Elections for the Knesset. The Knesset. Retrieved November 8, 2022, from https://m.knesset.gov.il/en/mk/pages/elections.aspx

The Displacement of Local Peasants by Colombian Armed Conflict