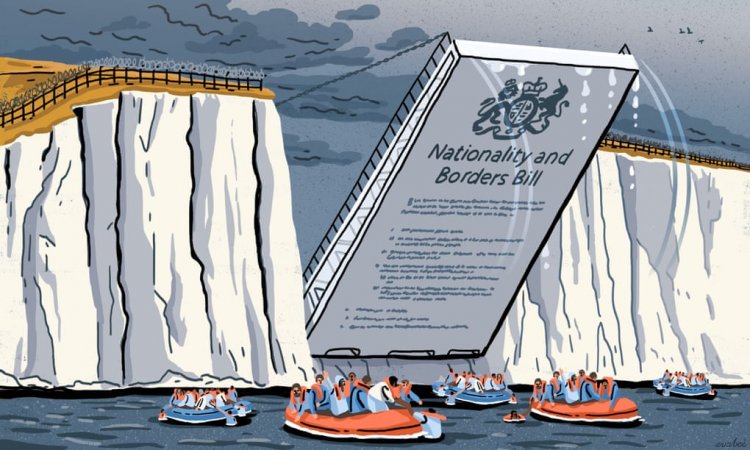 On the 8th December 2021, the Nationality and Borders Bill passed its third and final reading in the House of Commons. The bill passed with 298 votes to 231.

The Home Secretary stated that the aim of the bill is to tackle “illegal migration”. However, the latest development stirred up further scrutiny from politicians and human rights organisations.

Various clauses of the law have come under fire, however one clause, specifically Clause 9 of the bill, is of particular concern. The “Notice of decision to deprive a person of citizenship” clause will allow government powers to strip a person of their citizenship without having to notify them. This can be done if officials either do not have the subject’s contact details or if doing so is not “reasonably practical”. This amendment is, before anything else, legally questionable as those affected  cannot appeal their deprivation of citizenship decision if they are not aware it has been taken away. A petition against Clause 9 gathered more than 100,000 signatures. Parliament will consider a debate for all petitions that reach that level, according to government guidelines.

Various Human Rights organizations condemned the bill in its entirety. The New Statesman found that under the new legislation, 2 in 5 racially minoritized Britons could be deprived of their citizen status without warning, compared to 1 in 20 people from a white background [4]. According to Francis Weber, vice-chair of Race Relations, “this [bill] makes certain people’s citizenship, and therefore all their rights, precarious and contingent”[3].

Amnesty International also condemned the bill saying it “will create significant obstacles and harms to people seeking asylum in the UK's asylum system” and that the legislation undermines the Refugee Convention, the ECHR and the UK's obligations under the Convention on the Rights of the Child and the Convention on Reduction of Statelessness [5]. Adding to this, in October, a team of leading immigration lawyers found that the bill breaches international and domestic law in at least 10 different ways. The Home Office denied that the bill violated any of their international obligations.

The Bill now goes to the House of Lords where it will be debated at its second reading stage on 5 January 2022.

[2] Electronic Immigration Network (2021, December 08) Nationality and Borders Bill heads for the Lords after passing its final third reading in the Commons. Available at: https://www.ein.org.uk/news/nationality-and-borders-bill-heads-lords-after-passing-its-final-third-reading-commons

Pushbacks at Sea – Migrants and Asylum Seekers in Peril

EU Condemns Use of Forced Labour in Chinese Linglong Factory...