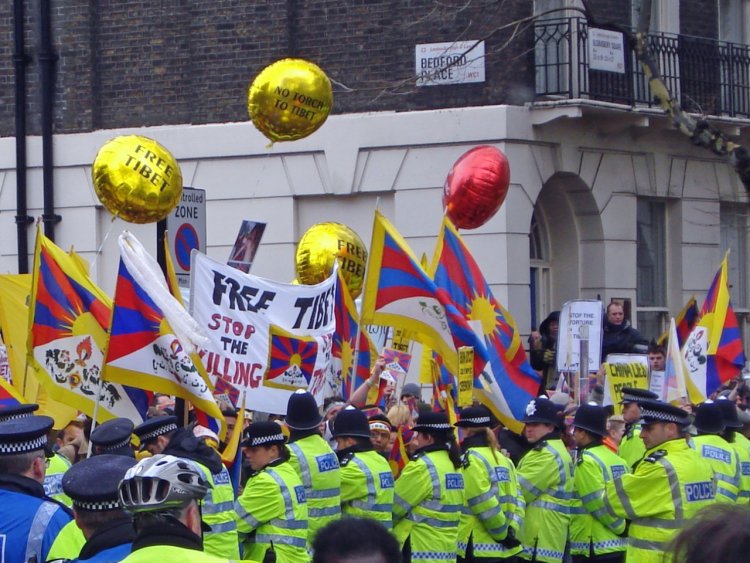 Tseta, a 25 year old Tibetan monk, was subjected to arbitrary detention for seven month a few weeks after Tenzin Sherab died as a result of self-immolation, protesting the Chinese occupation of the Tibetan plateau. Tenzin Sherab died in May 2013 in Chumarled (Ch: Qumalai) County, Kyegu (Ch: Yushu) Tibetan Autonomous Prefecture, in the Tibetan province of Kham.

Self-immolation has been recurrent in Tibet since its occupation by China. China has been punishing those individuals who were considered as “aiding or inciting” individuals to self-immolate.

China’s incarceration and treatment of Tseta is seen to violate the Convention against Torture and Other Cruel, Inhuman or Degrading Treatment or Punishment as well as the Universal Declaration of Human Rights. Indeed, the arbitrary incarceration of Tseta violates article 9 of the UDHR that writes that no one shall be deprived of their liberty without due process, legal assistance, access to courts and without legal basis. In addition, Tseta has been subjugated to beatings and torture, amounting thus to a violation of the CAT in the meaning of article 1 of the convention. In this regard, China is seen to have violated international Human Rights law.

Democracy Under Threat: Joint Declaration of Experts On...