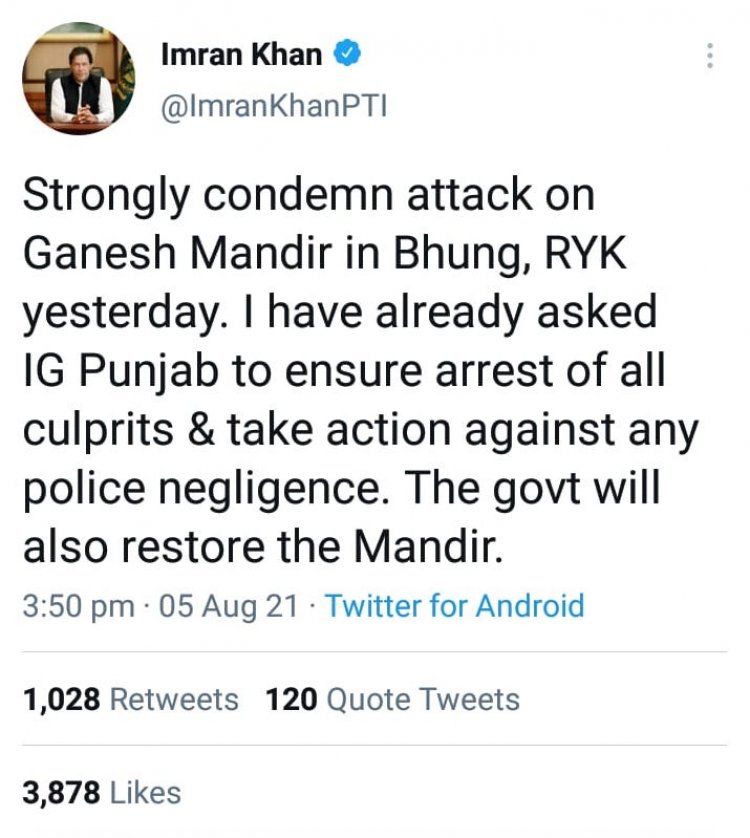 It has been reported by ‘Geo.tv’ and ‘nayadaur.tv’ websites that a mob vandalized a Hindu temple in Bhong, Rahim Yaar Khan, to protest against the bail granted to a 9-year-old Hindu boy accused of urinating in a madrassa.

It is further reported by ‘nayadaur.tv’ that Rangers were deployed in the area following the Deputy Commissioner and the Divisional Police Officer visit to the town. Earlier, a blasphemy case was registered against the boy on the complaint of a cleric, Hafiz Muhammad Ibrahim. However, when he was granted bail a few days ago, a number of local men urged the residents to close their shops and hold protest against the development.

Eventually, on account of the incitement, people broke into the Hindu temple and vandalized it. Subsequently, a video went viral on social media where users urged the authorities to act against the perpetrators.

In addition, the Human Rights Minister Shireen Mazari condemned the incident as violation of the Constitution of Pakistan and the basic human rights.

Job for minorities in Pakistan