Michelet Bachelet warns about the escalating levels of violence in Myanmar 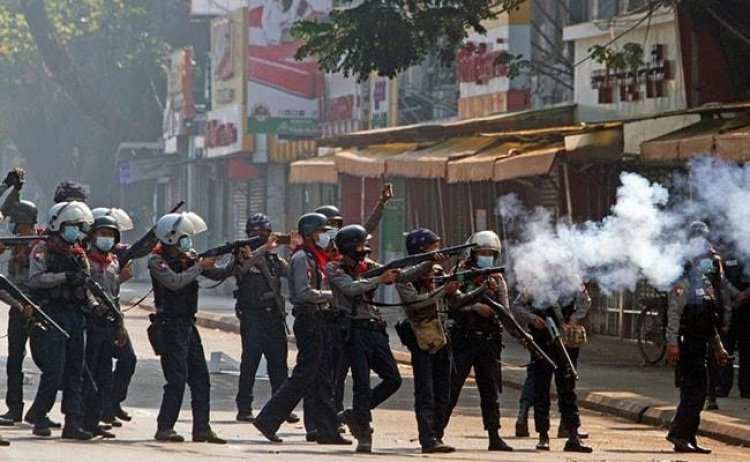 On 11th June, the UN High Commissioner for Human Rights Michelle Bachelet issued a warning about the increasing level of violence that has been taking place in Myanmar again, and the scenario can amount to a serious armed conflict, and consequently, to a humanitarian crisis in the future if further actions are not deployed immediately. She based her speech on reports that indicate the construction of a military build-up in Kayah State in the east and Chin State in the west of the country. Besides, she continued to stress the brutality of State security forces in using heavy weaponry, including airstrikes, against armed groups, civilians and civilian objects, including Christian churches. According to other UN reports, these same law-enforcement agents have used civilians as human shields, shelled civilian homes and churches in Loikaw, Phekon and Demoso in Kayah State and blocked humanitarian access, including by attacking humanitarian actors. So far, over 108,000 people have fled their homes in Kayah State over the last three weeks alone, many into forest areas with little or no food, water, sanitation or medical care. For further information, please visit: https://www.ohchr.org/EN/NewsEvents/Pages/media.aspx?IsMediaPage=true