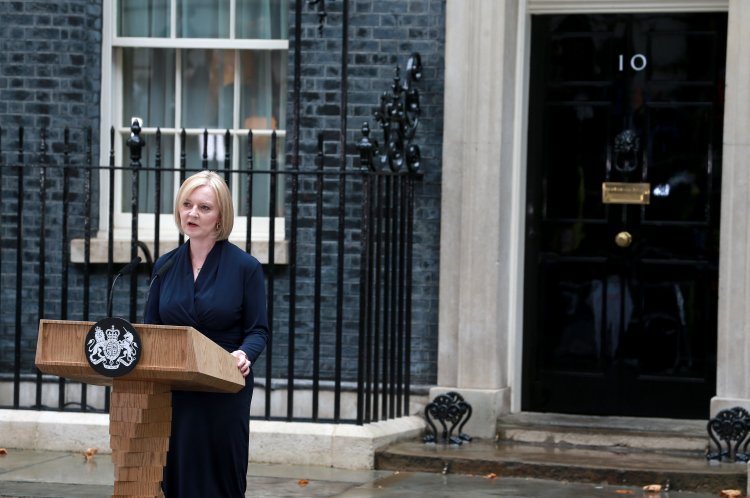 On Thursday, October 20th, British Prime Minister, Liz Truss stood outside her Downing Street office, and resigned from her position as the top political leader of the United Kingdom. While Truss’ time as Prime Minister was cut short (45 days to be exact), throughout her political career, her human rights track record spoke for itself, and allowed for the British population and the world to develop an expectation of what human rights in the UK would look like during her tenure. With Truss’ departure what will the future of human rights in Britain look like? Can we infer from Truss’ human rights track record, the direction in which her successor will likely vote?

One of Truss’ most controversial votes was about whether to maintain the EU Charter of Fundamental Rights as part of UK law following Brexit. The former Prime Minister led a government which proposes to repeal the Human Rights Act (HRA) and replace it with a new (2022) Bill of Rights (Bill of Rights, 2022) – a repeal which would effectively heavily restrict the legal authority of the European Convention/Court of Human Rights (ECHR/ECtHR) in the UK, forcing National courts to interpret the Convention rights in a restrictive manner. Many Human Rights organizations around the world have expressed concerns that the proposed Bill of Rights would make justice less accessible, deflect scrutiny from the government and place less onus on public authorities to safeguard British rights, as well as make deportations easier (Guy, 2022). Furthermore, Truss has previously stated that she was prepared to pull the UK entirely out of the ECHR if the reforms proposed in the Bill of Rights, did not adequately reduce the influence of the ECtHR on UK law. Withdrawing from the Convention would be denying people in the UK the right to seek protection from the ECtHR, furthermore, in withdrawing from the ECHR, the UK would join Belarus and Russia as the only other European countries not a part of the ECHR (Guy, 2022).

Truss’ migration policies also garnered much criticism, with her most controversial  being her Rwanda partnership. Truss worked closely with former Home Secretary Priti Patel to draft the original Rwanda policy – a policy, which was deemed by the ECtHR as violating of human rights and forced the removal of any claimants to Rwanda, to be halted. The United Nations Refugee Agency (UNHCR) described UK’s Rwanda partnership and policy as an attempt to “evade international obligations.” (UNHCR 2022) While the initial attempt at the Rwanda policy failed, during her short tenure Truss indicated and took steps towards expanding the UK’s involvement in ‘offshoring’ refugees as well as increasing frontline border staff by over 20 percent. Signalling that more policies, like that of the Rwanda partnership, were likely to come.

Rishi Sunak is now poised to be Britain’s next Prime Minister, as of 14:00 on Monday, October 24th. He is also the first person of colour to be appointed as Prime Minister of the United Kingdom, and at 42  is the country’s youngest in over 200 years. For Britain, Sunak’s appointment is a huge step in the direction of equal representation, diversity and democracy. Truss’ resignation and Sunak’s appointment presents an opportunity for the government to re-evaluate Human Rights in the United Kingdom, and the direction the country is heading regarding freedom of expression, access to justice and asylum seekers.

Scottish Human Rights Commission. (2022, February 22). Defending the Human Rights Act: Why the UK Gov's bill of rights should be of grave concern to all. Retrieved October 21, 2022, from https://www.scottishhumanrights.com/blog/defending-the-human-rights-act-why-the-uk-govs-bill-of-rights-should-be-of-grave-concern-to-all/