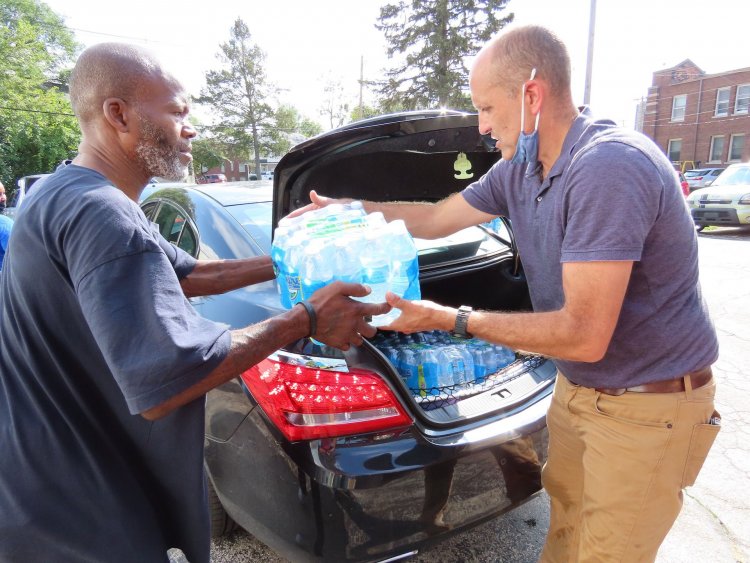 “How do you justify three years of documented contamination and do nothing?”. Residents of a predominantly Black city in Michigan, whose drinking water has contained high levels of lead for at least three years, are now demanding a more aggressive state response.

While state officials say they are working to rectify the problem stemming from outdated, corroded service lines, Benton Harbor residents say they have been sounding alarms over the contamination since 2018 and the delayed response has not only increased frustration, but has also accumulated more harm.

The Michigan Department of Health and Human Services disbursed thousands of cases of bottled water to Benton Harbor, which sits 80 miles south of Grand Rapids, after issuing an advisory last week urging residents not use tap water for cooking, drinking, brushing teeth, and mixing powdered infant formula out of an abundance of caution due to significantly high levels of lead. “We appreciate the bottles of water, but the bottles of water are just a Band-Aid on a bullet wound”.

The city’s water tested to reveal contamination of 22 parts per billion in 2018 and has consistently had elevated lead levels since. Testing showed 24 ppb between January and June this year. The action level, a measure of corrosion control effectiveness set by the Environmental Protection Agency, is 15 ppb but the agency says there is no safe level of lead.

19 Environmental justice organizations filed a petition for emergency action last month asking the EPA for federal intervention. The agency agreed to step in, which finally prompted action from the state. “It is unfortunate that you look at life so cheap in a community that’s overwhelmingly African American”, Bobbie Clay added. She, 52 years old, a lifelong Benton Harbor resident who also has children and young grandchildren in the city, said she is very concerned about long-term health consequences, especially among young people. “The young ones are extremely hyperactive and large numbers of parents have been going to doctors to figure out what is going on”.According to the EPA, even low levels of lead in children can result in behavioral and learning problems, lower IQ and hyperactivity, slowed growth and hearing problems, in Adults, it can lead to cardiovascular effects, increased blood pressure and incidence of hypertension, decreased kidney function, and reproductive problems in both men and women. The state is offering free blood tests for lead levels with additional testing through mobile units coming soon. Stacet Branscumb, 47 years old, has lived in Benton Harbor since 2009 and he believes many of his pets including two tanks of fish and his dog died as a result of lead exposure.

Michigan Gov. Gretchen Whitmer and the state Legislature have cleared $10 million to replace the city’s old and corroding lead water pipes within the next five years. “Protecting the health and safety of Benton Harbor residents is a top priority”, Elizabeth Hertel, director of the State Department of Health and Human Services, said in a statement last week.