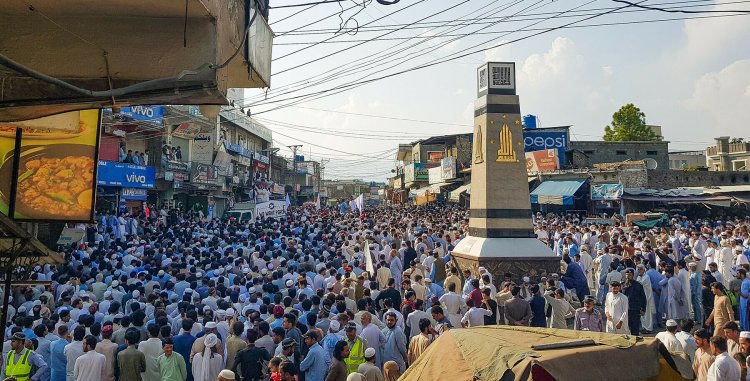 On September 13th, explosions occurred in the Khyber Pakhtunkhwa areas of Kohat and Swat. In Kohat, one bomb struck a police station, injuring seven individuals. In Swat, a remote controlled bomb struck a vehicle in the Ghlo Kandaw area of Kabal Tehsil, killing six individuals, including former peace committee head Idrees Khan and two police personnel. A statement was later issued by the Tehrik-i-Taliban Pakistan (TTP) an outlawed armed islamist militant group, claiming responsibility for the occurred attacks. According to the TTP, Idrees Khan has been a target for 13 years due to his key role in mobilising opposition against the Taliban after they overran significant swathes of Swat in 2007.

Following these incidences, protests took the streets across the region, expressing their “anguish over the resurgence of militancy, urging the authorities to take immediate action to pre-empt the militants’ designs to sabotage a “hard-earned peace”” (Khaliq & Sami Paracha, 2022). In Matta of the Swat region another “rally was organised by Swat Olasi Pasoon and Swat Quami Jirga against terrorism, the closure of the internet, and the pelting of stones by unidentified persons at houses at night” (Khaliq, 2022). Several members of human rights organisations, political parties, and local elders attended the protest in response to the incident. Questioning the reappearance of militants in the region despite the presence of a large number of security forces. “Sabotaging peace in Swat means hurting peace of the entire province, which will not be tolerated. If this time the so-called militants try to sabotage peace in Swat, people from the entire KP will come out to resist them”, says head of the Pashtun Tahafuz Movement (PTM) Manzoor Pashteen (Pashteen, 2022). According to a protester, it is the obligation of the state to preserve peace, arrest those who throw stones at homes at night, and ultimately, the internet must be restored in Matta tehsil, or else the people of Swat will block all roads.

Three More European Nations File to Intervene on Behalf of Ukraine in its Genocide...