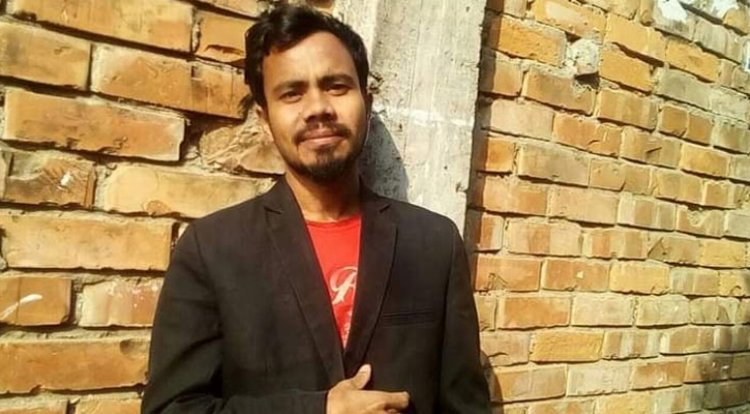 Jhumon Das, A 32-year-old victim – who has been in judicial custody since March 22nd for posting defamatory remarks about then Hefazat-e-Islam leader, Mamunul Haque on Facebook – has now been granted interim bail for a year by The High Court on the 23rd of September  2021 (Chowdhury, 2021). Niva Rani Das - Jhumon’s mother paid for his bail given there was  no legal bar for him to be in jail for over 6 months. The Higher Court allowed Jhumon Das out  on bail under the condition that he cannot go out of his home district Sunamjang for the next year without permission.

He was arrested under the Digital Security Act (DSA) for his Facebook post, having been arrested for expressing his freedom of speech (Khan, 2021). His post incited Hafazat-E-Islam supporters to attach the Hindu Village Noagam, Habibpur, Shalla upazila of Sunamganj on the morning of 17th March 2021, with sharp weapons, bamboos they vandalized and looted 90  Hindu houses and 8 Mandirs (temples of worship). It is said the Police detained Mr Jhumon to pacify the agitated Hefazat supporters to avoid further attacks on the village, but in vain. Mr. Jhumon has been in jail for more than six months, arrested under section 54 of the Criminal  Procedure Code (CrPC) for allegedly ‘intentionally spreading misinformation and that was aggressive and degrading to law enforcement’ (Chowdhury, 2021).

His lawyer ZI Khan Panna describes Jhumon Das as a patriot, not a traitor, for speaking out against the communal force, therefore he argued the case should have been filled against those communal forces under the DAS (TheDailyStar, 2021). Having simply expressed his freedom of speech, that in no way hurt any religious sentiments, but simply “criticised a Hefajat leader's intention and sought the prime minister's intervention to take necessary steps against those radical people” said Bishwajit Chakraborty, the general secretary of Bangladesh-Hindu Buddhist-Christian council (TheDailyStar, 2021).

The GHRD is really glad of the achievement reached today regarding freedom of speech in Bangladesh. A special thank is dedicated to the organization Research and Empowerment for  having supported the victim’s family by visiting it twice in Shalla, freedom campaigns and social actions to facilitate  the realise of Jhumon Das.

Stories from Afghanistan, Access to Human Rights under the Taliban Regime