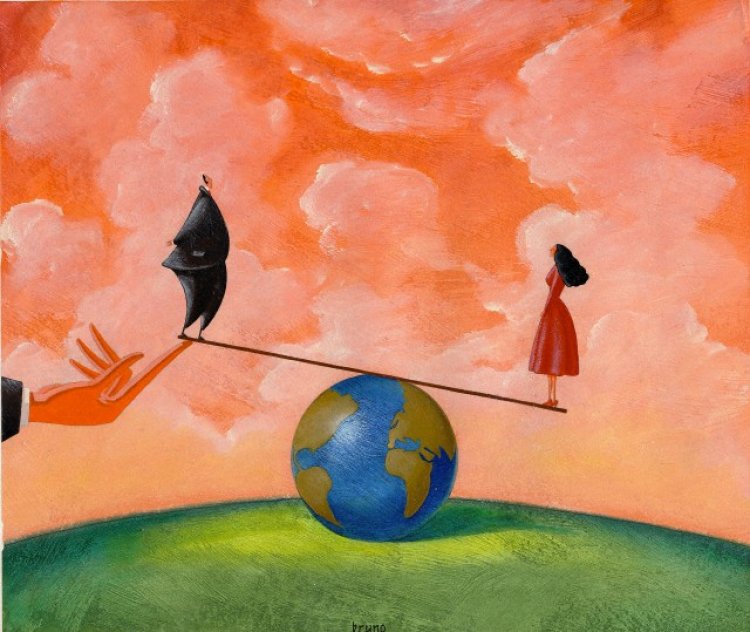 Most Common Prejudices, A Lofty Existence.

Japan has recently received backlash from the public and female workers about the gender inequality that continues to exist in the workplace. Tamao Sasada, who works for Bank of America Japan, was often intimidated by being the only female in meetings with clients, but soon began to feel accomplished. She continues to hold values that support female empowerment by showing her full support for female coworkers that are demanding gender parity in the Tokyo office. She is on a mission to make the female to male college-grad hires ratio 50/50. Currently, 30% of Bank of America managers are female in Tokyo, which is more than any other financial company in Japan. Just 13% of women that work in the Japanese financial sectors held managerial positions.

One of those managerial positions belongs to Tomoko Yoshino. When she was set to be promoted to president of the Japanese Trade Union, her male colleagues were not happy. The men in the firm pushed her to decline the position and even stated that discussions such as wage negotiations would be “too difficult for a woman to handle.” She rightfully ignored these opinions and not only accepted her offer, but has currently proposed to increase wages by 4%. She was backed by other female workers and continues to fight for gender equality in Japanese companies. Currently a whopping 33.4% of the 2.159 known companies in the first section of Tokyo's Stock Exchange had no female executives. As well as this, in 2021, Tokyo was placed 120 out of 156 countries ranked for the gender gap.

In August, the Cabinet Office released a survey in which 76.3% of respondents had unconscious gender biases. The survey revealed that both genders have shown stereotypes, one of those stereotypes is that “men should work” and “women should do housework.” Reaching full equality can only be done if society is willing to change their opinion and realise that stereotypes are not true, but hurtful.

The Ordeal for a Texas Woman Charged with Murder over ‘Self-Induced...