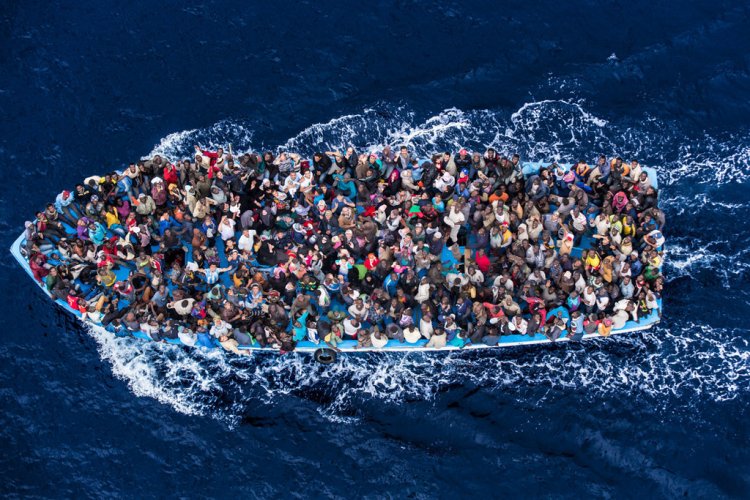 Italy’s new far-right government has prevented 250 people from disembarking two migrant rescue ships, claiming they did not qualify for asylum (Tondo, 2022). The procedure was part of a directive issued by Interior Minister Matteo Piantedosi (Tondo, 2022).

In the early night of November 6, 2022, Italy allowed the ship Humanity 1, run by German search-and-rescue organisation SOS Humanity carrying 179 people, to enter the port of Catania, Sicily and began disembarking only children and sick or “vulnerable” people (Tondo, 2022). After an onboard medical inspection, about 144 passengers, including women with children, more than 100 unaccompanied minors, and people with medical emergencies (Le Monde with AP, 2022), were moved to a reception centre on the island (Tondo, 2022). The rest were left on the ship and are expected to be pushed back into international waters (Tondo, 2022).

Wasil Schauseil, a spokesperson for SOS Humanity, said the organisation’s doctor was asked by the Italian authorities to select those in a poor medical condition, but she could not make the selection because everyone was in a vulnerable situation (Tondo, 2022). Two Italian physicians eventually conducted examinations to determine which people had medical conditions that made them vulnerable: “The doctors declared 36 people not in an emergency. After receiving the news, one person collapsed and lost consciousness and had to be taken by an ambulance,” Schauseil said, explaining why instead of 36, only 35 people are now onboard (Tondo, 2022).

The same day, in the afternoon, Italian authorities allowed 357 people to go off the Geo Barents, another boat with 572 migrants run by the Médecins sans Frontières organisation and sailing under the Norwegian flag, which has left 215 people on board (Le Monde with AP, 2022).

Two other boats run by NGOs remain at sea while no Italian ports are willing to accept them (Binley, 2022). The German-run Rise Above, carrying 93 people, entered Italian waters east of Sicily to seek protection from storm-swollen seas, while the Ocean Viking, operated by the European search-and-rescue organisation SOS Méditerranée and carrying 234 people, remained in international waters south of the strait of Messina (Tondo, 2022).

Humanity 1, Geo Barents, Rise Above, and Ocean Viking have all reported people sleeping on floors and decks, spreading fever-inducing infections and scabies, and food and medical supplies running low (Binley, 2022). Some migrants have been on the ships for more than two weeks (Binley, 2022) and those prevented from disembarking fear being pushed back from Italy into international waters or to Libya (AP & AFP, 2022).

The NGOs argue that Italy’s actions breach international law on rescue at sea, according to which anyone in danger at sea must be rescued and that the rescue only is concluded with disembarkation in the nearest safe port (Tondo, 2022). On the other hand, the Italian government is using a singular interpretation of the EU Dublin Regulation, which provides that asylum seekers must remain on the territory of the first European country they enter. The government, thus, argues that the countries whose flags are flown on the ships that the refugees embarked on, should take care of the people (Tondo, 2022).

Italy’s tough stance against privately run maritime rescue ships operating in Italian waters is no surprise (Tondo, 2022). The country’s new Prime Minister, Giorgia Meloni, leader of the post-fascist (AFP, 2022) Brothers of Italy party has promised to introduce hard-line measures to block the arrival of asylum seekers from North Africa (Tondo, 2022). During her maiden speech to MPs, centred around the issue of migration, she said “We must stop illegal departures and human trafficking,” and in a recent interview, she mentioned that responsibility for the migrants on board lies with the country where the ship is registered, otherwise it becomes a “pirate ship” (Binley, 2022). The confrontational stance by Meloni’s government is similar to the standoffs set up by Matteo Salvini, now Meloni’s infrastructure minister in charge of ports, during his brief 2018-2019 run as interior minister (Tondo, 2022).