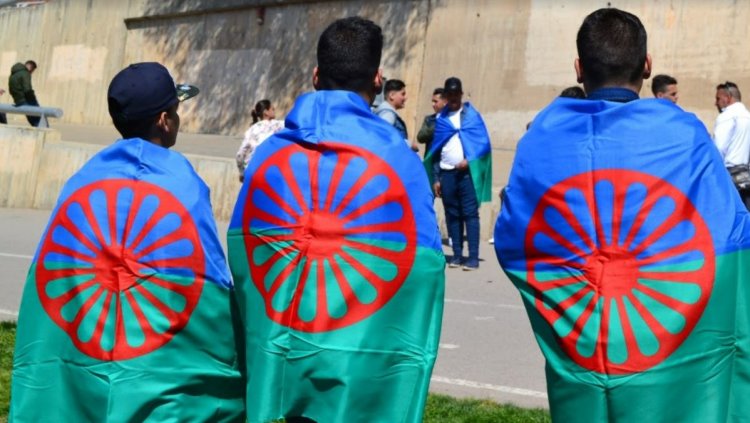 On Wednesday, November 23rd, the European Roma Rights Centre reported that four Italian police officer involved in the raid of a Roma man’s house are now facing charges of torture and attempted murder. Nicola Molteni, the Undersecretary of State at the Ministry of Interior, declared on November 18th that the public prosecutor’s office at the Court of Rome initiated criminal proceedings for the crimes of false information to the prosecutor, false ideology committed by public officials as well as torture.

The case of Hasib Omerovic, a 36-year-old deaf Roma man who allegedly fell down from his apartment’s window after a police raid, had been reported on by the European Roma Rights Center in September (Rorke, 2022). According to Hasib’s sister, who lived with him and was there at the time of the incident, two officers came into their house, without wearing uniforms, and asked for Hasib’s documents and started taking pictures. She declared furthermore that

“They beat him with the stick, Hasib fell and started punching and kicking him... he ran into his room and shut himself up ... they broke the door ... they punched and kicked him, took him off his feet and threw him down."

When his family returned home, after going to see Hasib in hospital (following a neighbor’s call), they found their house in disarray. The man’s documents were scattered, the door to his room was smashed, the window shatters had been forced open and traces of Hasib’s blood were on his bedsheets. As reported by Avvenire, an Italian outlet, officers explained that they went to Hasib’s apartment to check his documents, claiming that he locked himself in the room and threw himself out the window.

ERRC further explains that the day before the raid Hasib’s sister found out about a social media post accusing her brother of harassing women in their neighborhood. However, no action was taken by any authority before the two police officers raided Hasib’s house. Furthermore, it is not clear whether they had a search warrant and they were not prepared to communicate with the man in sign language (Il Manifesto, 2022). The family was not aware of any reports or investigations against him, apart from a violent raid which ended with him in a coma.

Following the incident, Hasib is still in an intensive care neurorehabilitation ward in a condition of “minimal consciousness” (Rorke, 2022). Undersecretary Molteni has also stated that the officers - who are facing charges of giving false information to the prosecutor for declaring Hasib had thrown himself out the window - have not yet had disciplinary proceedings initiated against them. That is due to the fact that criminal proceedings are still pending in the preliminary stage and are covered by investigative secrecy.

Such a case of disproportionate violence against the Roma is not isolated in Italy. ERRC has reported extensively on anti-Roma mob violence organized by far-right Italian groups. Moreover, Roma activists are warning that under Meloni’s government, the plight of the minority “will only get worse” (Lee, 2022). While the new prime minister has a history of anti-Roma rhetoric, her coalition partners, Berlusconi and Salvini, have a long record of anti-Roma policies. Shortly after becoming government leader in 2008, the former declared a “nomad emergency” and subjected Roma individuals to police intimidation and illegal deportations. During Salvini’s term as interior minister, following his call, the Regional Council of Lombardy passed a motion to initiate “mapping of the Roma and Sinti settlements” in order to “counteract the situations of urban illegality and degradation” (Lee, 2022).

Despite numerous campaigns from local civil society, EU response is scarce. In 2017, the European Commission blocked a report recommending sanctions against Italy over its mistreatment of the Roma. Moreover, in 2019, the Commission closed its file on legal action regarding discrimination against Roma people in housing.

Right to Life Breached in Myanmar with the Death Penalty

Slovenia Files Declaration of Intervention at ICJ in Allegations of Genocide Case...

US Diplomatic Boycott of Beijing Winter Olympics As a Result...

Tibetans Across the World Commemorate the 63rd National...