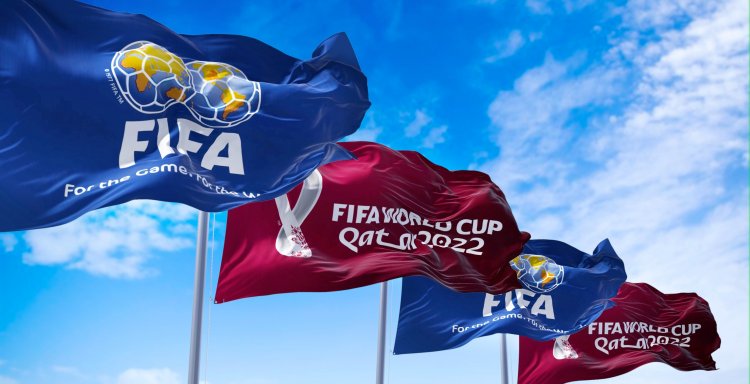 Photo by rarrarorro via Shutterstock

The World Cup will be hosted in Qatar. This means that the international community is bound to face Qatar’s human rights record, which include criminalization of same-sex relationships and doubts about the treatment of migrant workers. The November ZDF interview with Khalid Salman, Qatar World Cup Ambassador, where he described homosexuality as “damage in the mind” and being gay as “forbidden”, has already put countries in the position to take a stand. [1] According to Human Rights Watch Deputy Director Michael Page, diplomats must “speak out on these abuses”: symbolic actions -such as calls for teams to boycott the event- are no longer needed, now is the time to publicly stand for human rights and condemn laws which put at risk residents every day. [2]

Salman’s words have the power to spread disinformation and harm LGBTQIA+ persons who already face discrimination and violence. Even though the international community has been criticizing the country for its treatment of  the gay community since its winning of hosting rights in 2010, the Qatari government has not yet responded to the Ambassador interview nor has rejected his view on the matter. [3] By far, Qatar’s prime minister, Al-Thani, has pushed back all critics by arguing that “all are welcome at the World Cup, but that visitors should respect the country’s laws”. [4]

In October, German Interior Minister Nancy Faeser reportedly criticized Qatar’s hosting of the World Cup, soccer players and fans are not only concerned about LGBTQIA+ persons traveling to the event but also about the implications of hosting a sports event in a country which criminalizes them. After her visit, Nancy Faeser said that the local interior minister and prime minister had given her security guarantees, including the protection of homosexual fans, and she has no new indications from him that anything has changed. [5] Human Rights Watch claims differently, according to the organization, the country has been detaining and abusing LGBTQIA+ persons as preparations to host the event were taking place: security forces have been reportedly beating up and arresting people in public places just because of their sexual orientation. The government denies all allegations. [6]