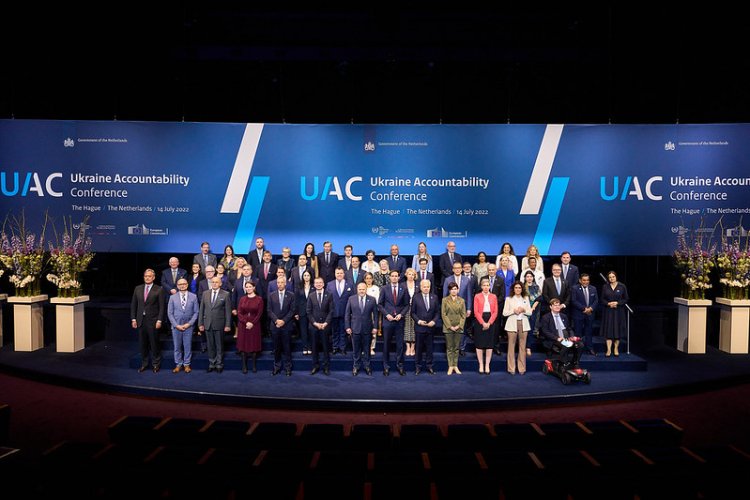 The Conference on Accountability in Ukraine today marked an important moment in our collective efforts to bring justice to alleged international crimes, said Karim Khan, the Prosecutor of the International Criminal Court, in a statement issued on 14 July 2022 at the conclusion of the Conference. At this Conference, 45 states agreed to work together to investigate alleged war crimes committed by Russian forces in Ukraine. This commitment to coordinate international efforts aims to bring the perpetrators of war crimes to justice before the Court.

The 45 signatories of the political declaration include European Union states, Britain, the United States, Canada, Mexico, and Australia. The group has pledged 20 million euros ($20 million) to assist the ICC and support the office of the Chief Prosecutor in Ukraine and the UN's efforts to investigate war crimes, as reported by AlJazeera. With nearly 23,000 war crimes being investigated and different countries heading investigative teams in Ukraine, evidence needs to be credible and organised. However, Dutch Foreign Minister Wopke Hoekstra said the Netherlands would consider establishing an international war crimes tribunal in Ukraine to help fight impunity for these atrocious crimes and support the ICC.

According to the Prosecutor of the ICC, Karim Khan, the Conference does not mark the beginning nor the end of a process but an important further step on a path toward the collaborative vision we have already begun to develop.

International Criminal Court, Statement of ICC Prosecutor, Karim A.A. Khan QC upon conclusion of the Ukraine Accountability Conference: “Justice can only be achieved by working together”, Statement, ( 14 July 2022), from: https://www.icc-cpi.int/news/statement-icc-prosecutor-karim-aa-khan-qc-upon-conclusion-ukraine-accountability-conference

Commission against racism and intolerance publishes its...

International Criminal Court: Visit of the President of...