Indonesia: Fight for Autonomy in the forgotten West Papua 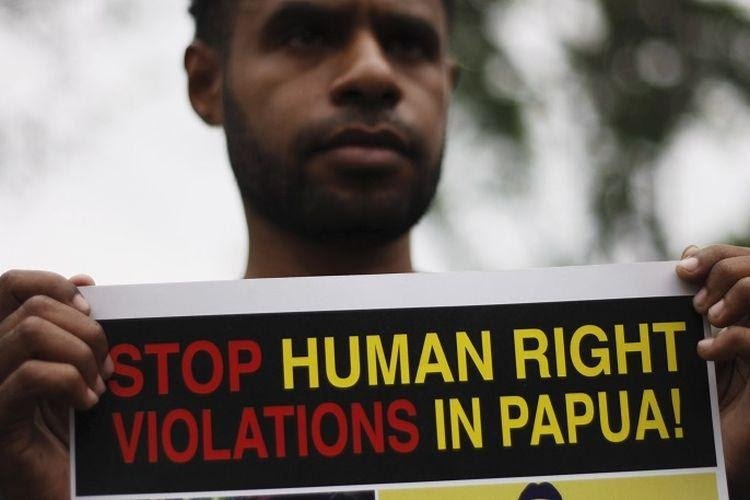 West Papua, an Indonesian province, has been the centre of constant turmoil for many decades and has struggled to achieve independence from Indonesia. The island's population nears 3.5 million, with about half being indigenous West Papuans and the other half being Indonesian (UNDPO, 2014). The island is made up of 250 different tribes, all with their own customs and languages. Free West Papua reports that "over the last fifty years Indonesia has carried out a social engineering project on a massive scale by relocating hundreds of thousands of people from across Indonesia to live in camps cut into the forests of West Papua" (Free West Papua Campaign, n.d.). This can be attributed to the fact that the island is rich in natural resources. The small nation that borders Papua New Guinea has seen colonizers torment their country since the last century, until 1949, when the Dutch recognized their independence (Australia West Papua Association, 1995). The people of West Papua are mostly Christian in a majority Muslim country, which has caused conflict in society. The people of West Papua demand their independence from Indonesia. They would like the right to self-governance of their nation and the right to sustain their own indigenous land (Free West Papua Campaign, n.d.). 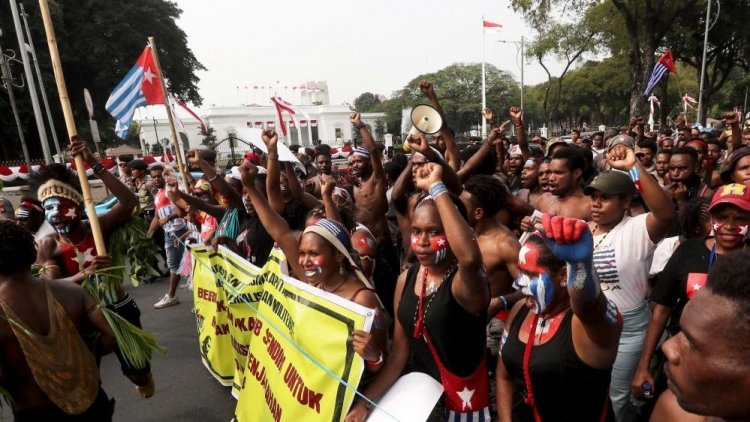 Despite various plans to declare West Papua as an independent nation, their independence has either been short-lived or forcefully curbed by the Indonesian military. According to Human Rights Watch (2018), Indonesia has been described as a "police state", which has become evident in recent years. Human rights organizations have intervened by forming coalitions and reporting violence and rights violations (Human Rights Watch, 2019) since Indonesia gained independence in 1949. 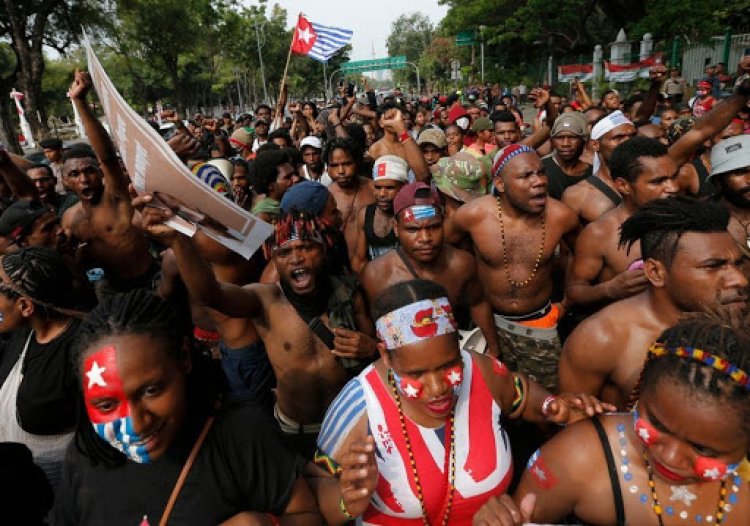 Free Papua Movement, the umbrella term under which all acts of independence are carried out, is an ongoing conflict against the Indonesian government and its state authorities. Over the decades, due to economic and political interests, human rights violations have increased steadily. In 1965, under the authoritarian leader Suharto, an 'anti-communist movement began to take shape. Estimates show that between 100,000 and 500,000 West Papuans were killed (Martinkus, 2020; Indahono, 2020). Asia Justice and Rights (AJAR), a human rights non-profit based in Jakarta, along with Papuan Women's Working Group, a collaborative group with AJAR, found that 64 out of a sample of 170 women in Papua have been subjected to sexual violence by the Indonesian security forces (Wardah, 2017). Moreover, the Indonesian government has plans to exploit the Papua Province, staging a risk to the environment as well as the indigenous populations. The Indonesian government recently passed the Omnibus Law, putting the indigenous people's land at risk through the rollback of environmental protections and other deregulations (Jong, 2020). 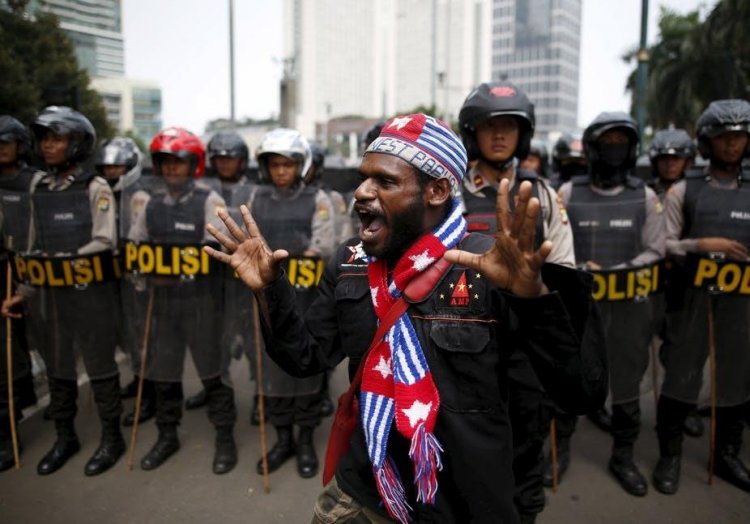 October 2020 saw protests in Jakarta against this new law, led primarily by students and workers, which were motivated by criticism that the law will threaten worker's rights, environmental protection, and job security. Protesters in Jakarta numbered around 50,000, and protests occurred in other cities, including Yogyakarta, Medan, Makassar, Manado and Bandung. Demonstrations have led to arbitrary arrests and excessive force by police against demonstrators. There were reports of activists throwing projectiles and damaging property, and the police reacted by deploying tear gas and water cannons. The Commission for the Disappeared and Victims of Violence (KONTRAS) recorded over 1500 complaints against the police for excessive force. Cases of violence against journalists and lawyers have also been reported. Furthermore, KONTRAS has reported that hundreds of protesters were missing and that police had restricted access to families and legal aid to detainees (Monitor, 2020).

Despite efforts by national advocacy organizations, the government, and other civil society groups, to ease tensions between government authorities and the Free Papua Movement, the conflict in West Papua continues to escalate. Human rights violations perpetrated by police forces are pervasive and threaten the safety of Papuan civilians. At present, the failure of the central government to address the grievances of the Papuan people with regard to self-determination, environmental protection, and economic security risks further destabilizing the region.