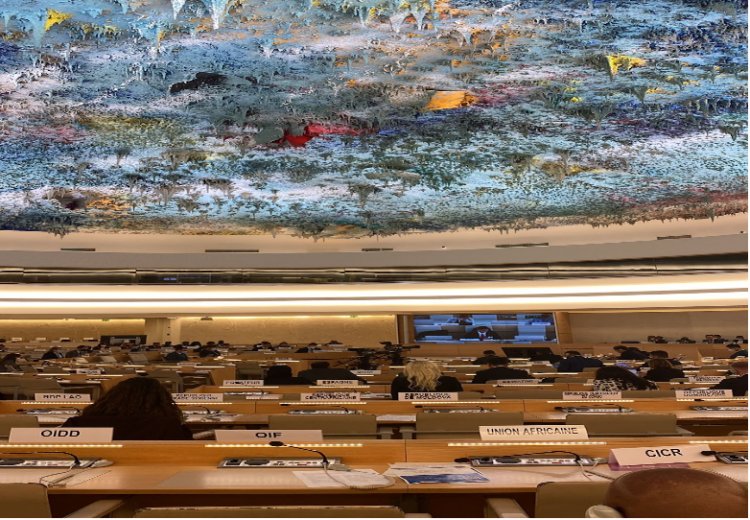 The critical issues on which the report focuses are:

Currently, the geopolitical reality of UN membership is not represented in the Council, while the veto power of permanent members blocks its functioning.

The General Assembly should be revitalised to exercise a more significant role in decision-making. At the same time, the Peacebuilding Commission and the Peacebuilding Fund should focus on pressing matters such as climate change, human rights, and security. Finally, reinforcing the mandate and the jurisdiction of the International Court of Justice appears crucial in light of the rent conflict in Ukraine.

2.- Following Session and discussion of the findings of the report

During the Session, most of the state representatives expressed their willingness to improve the international order and promote the development of all countries. Concerning international democratic order, human rights law, and humanitarian law, member states and the Council have positive obligations to support peacebuilding and coexistence at the international level. However, most states have some common challenges regarding the international order that need to be addressed. For example, climate change is often regarded as a national security issue, especially for many archipelagic or coastal countries, requiring international cooperation. Some developing countries also face serious challenges, such as food and energy crises, which are also related to climate change and natural disasters. In addition, torture and degrading treatment, arbitrary detention, and other human rights violations still exist in some countries, which should be dealt with from both domestic and international levels.

The states should promote and improve the framework of the international human rights system, which has already been established and requires total compliance. All member states should fully respect the international order and the protection of human rights in the decision-making process based on consent and the protection of multilateralism. Most states also agree that the HRC is obligated to protect individuals of vulnerable groups, regions in conflict, developing countries, and countries with serious human rights violations. For some developing countries, finding a balance between development and peace is significant, the coexistence of human rights protection, economic growth, and national stability. The importance of dialogues to build trust and the genuine effort of equality of nations are also emphasized during the Session. It is significant for the international community to promote the control of nuclear weapons, and negotiation should be the advocated means for the international community instead of force and violence.

Several states also welcomed the proposed reformation of UN institutions, namely the Security Council. In their view, this would contribute to maintaining international peace, unconditional respect for international law, and realizing a peaceful and just international order.

In response to the latter concern, the Independent Expert reminded us that multilateral cooperation is crucial for sustainable development and the sustenance of humanity. He continued to say that the UN Charter was adopted as a framework for international peace and security and requires total compliance. When States deviate from their requirements, they cause a threat to international order. To the concerns raised by the Russian delegation, he replied that article 14 of the UN Resolution clearly states that the question of human rights, democracy, the rule of law, and peace and security is within his mandate. Therefore, the issue raised concerning the reformation of the Security Council was in line with his mandate. Finally, he invited the Russian delegation to consider his report's recommendations in good faith.