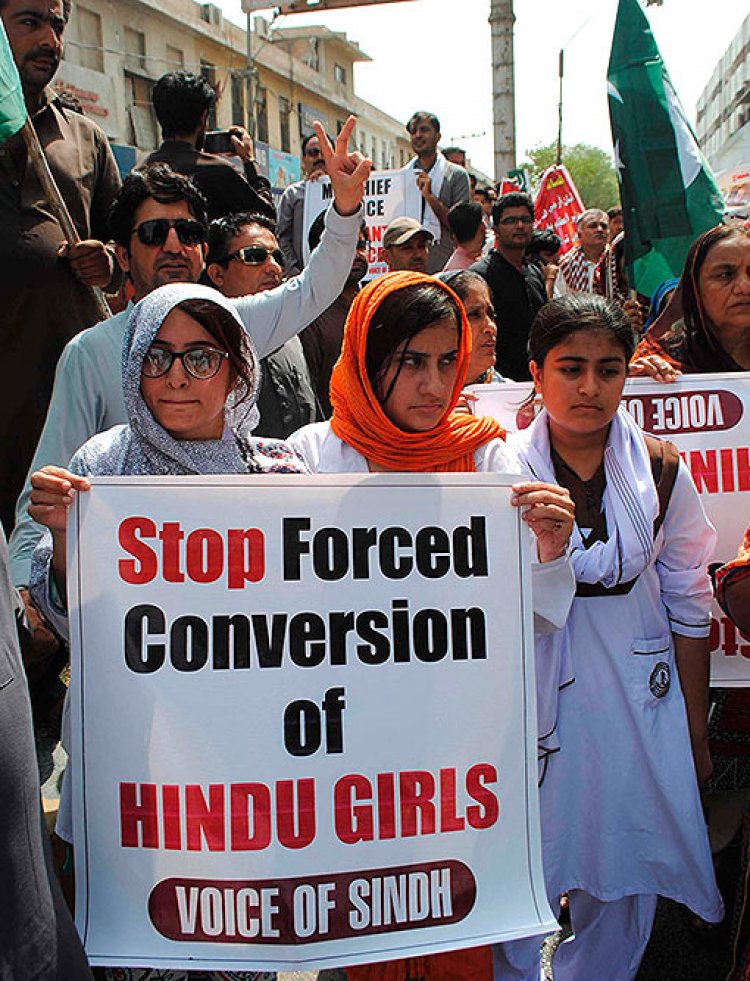 On the 23rd of April, 2022, The Hindu Sindh Foundation held an online event where they discussed the forced conversions of Hindu Girls in Pakistan, specifically in the Sindh Region.

The Hindu Sindh Foundation is an NGO, registered in 2015, and now based in Chicago. The presentation was led by Sanjesh Dhanja-Sindh. The Foundation’s aim is to raise awareness and strive for the betterment of the Hindu Community in Pakistan, 90% of which now live under the poverty line.

The presentation included a shocking view on the numbers of Pakistani Hindus being affected by discriminatory treatment: every year, over 1000 Hindus, but also Sikh girls are abducted and forcibly coverted to Islam. The story of Pooja Kumari, a girl who was murdered in March of this year, because she rejected to be converted to Islam, was also brought to the attention again.

The main aim of the Foundation is to start an adoption process discussion with families and to eventually have Hindu girls be immigrated to the United States or Canada. There, they can receive proper education and training, an aspect which the Foundation really fights hard for, because they believe that education is the main solution to protect this generation of girls as well as the future generations of Hindu girls and other minority girls in Pakistan (GHRD Correspondent, 2022).

For more information on the Hindu Sindh Foundation, please visit their website: https://hindusindhfoundation.org/.

Around 80 Tibetan Monk Students Have Been Forcibly Expelled...

Tamil Families Continue to Protest the Disappearance of...