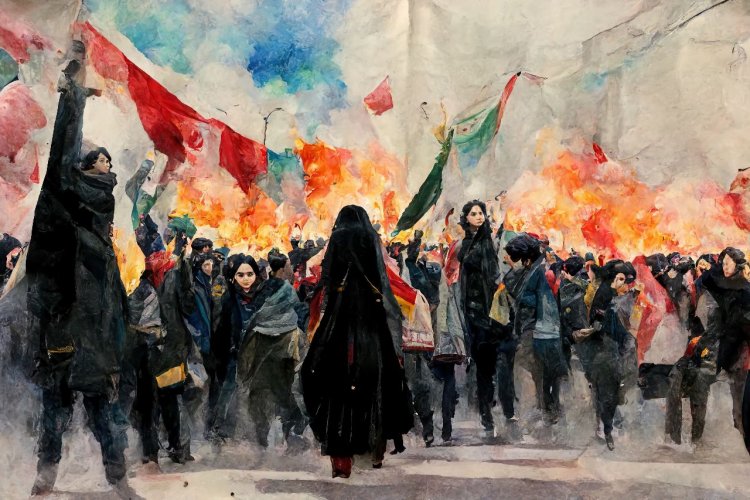 Photo by DigitalAssetArt via Shutterstock

Since Sunday the 4th of December, news has followed that the morality police of Iran might have been abolished, although neither the Iranian government nor the local media confirmed. They have rather reported that there has been a misunderstanding.[1] It all started with controversial statements by Attorney General Mohammad Jafar Montazeri, who spoke during a press conference on Sunday seemingly trying to ease tensions in the country. In fact, he discussed how “both parliament and the judiciary are working on whether the hijab law needs any changes” and even president Ebrahim Raisi said in televised comments “there are methods of implementing the constitution that can be flexible”, but they both remained very vague about how the law could be modified.[2]

What led the international community to think that the morality police might have been dismantled were the Attorney General's statements regarding the morality police: “they have been shut down from where they were set up" he said.[3] This raised hopes that the demands of the protesters had been finally heard by the government.

However, on the same day Iran state TV and the Interior Minister, in charge of the morality police, denied it has been abolished.[4] What the Attorney General might have been referring to was the temporary suspension of the role of the morality police, but there are no confirmations about this either: conservative outlet student news network (SNN) even stressed that observing hijab is still a law in Iran.[5]

On her Twitter account Iranian activist Masih Alinejad criticised foreign media, who fell “for the disinformation by the Iranian regime. In 2017, the regime claimed the morality police would end arrests for hijab. Yet, in 2022, it arrested and killed Masha Amini for hijab”. The Black Reward activist group asked foreign media to not overhype these false statements, as it was likely an attempt to “divide protesters and deflect international pressure”.[6]

“There’s been no indication Iranian authorities will make public concessions to protestors” says Human Rights Watch, as deaths and arrests continue to be registered in the country. However, even if the abolishment of the morality police would be confirmed, this would not stop what now is a revolution. Iranian women interviewed by the BBC talk about how the hijab was only the start, now what they want is for dictatorship to end.[5]

A tricky position for Beijing from the Russian invasion.

IACHR condemns Ecuador for the arbitrary dismissal of a...

Amsterdam has apologized for Slavery, will the Dutch Government...