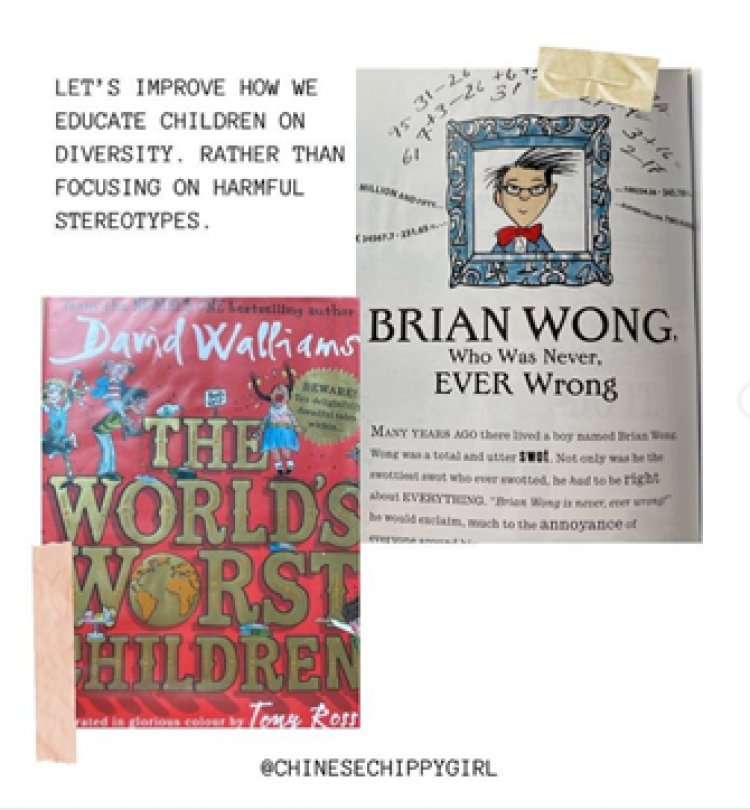 A children’s book titled The World’s Worst Children by David Walliams sparked criticism for its “casual racism” and “harmful stereotypes”. While the book is a collection of short stories with different characters, one in particular – “Brian Wong, Who Was Never, Ever Wrong” – caused concern among some activists. A British-born Chinese podcaster and activist, Georgie Ma, believes that such a tale could negatively affect attitudes towards the Chinese migrant community in the country. Along with other campaigners, Ma brought attention to the portrayal of the character and his last name – Wong. As she noticed, a common surname Wong (a Latinized version of Chinese surnames Huang 黄, Wang 王, Hong弘, etc.)  rhymes with the word ‘wrong’ and often becomes a subject of bullying at schools, and in playgrounds. Moreover, the negative depiction of the character as an annoying know-it-all boy could serve as a stereotype for some kids. As Ma mentions: “The overall character plays on the model minority myth where Chinese people are nerdy, swotty and good at maths […].”

Such a misrepresentation of Chinese people in the Western media has been common for years. Essentially, a stereotypical view on the ‘Other’ is embedded in Orientalism, which is an exaggeration and, thus, often an incorrect perception of Easter/Asian people and cultures. Furthermore, due to the Covid-19 outbreak, the number of often brutal and highly racist crimes against Chinese and other Asian minorities abroad increased rapidly. Therefore, the issue with the kid’s story has been taken seriously, and the publisher (HarperCollins) apologized and promised to remove the story from new editions of the collection.

Xenophobia in Chile: The Images of the March Against Migrants That Ended in Violence