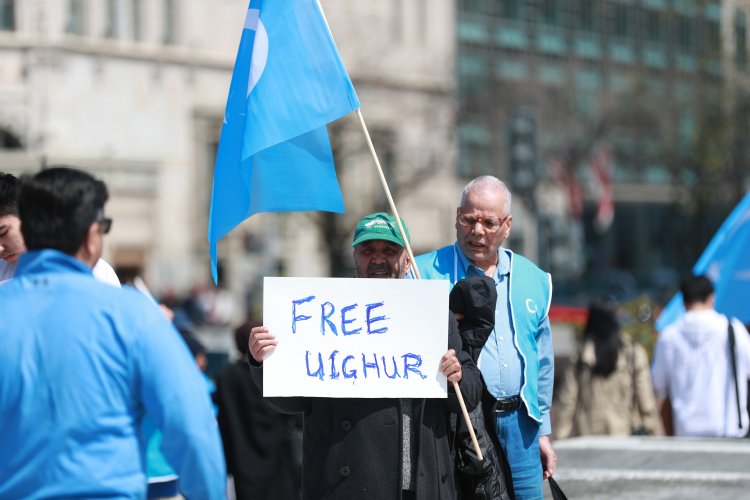 Photo by Kuzzat Altay via Unsplash

A group of hackers has obtained a massive cache of data from the computer systems of Xinjiang concentration camps, according to a large-scale journalistic collaboration between media outlets and the academic who led the research initiative. Although the exact contours of the hack itself are unclear, the news signals the sort of highly sought-after information that hackers sometimes obtain and share with journalists and researchers.The cache contains thousands of mugshots of detainees as young as 15. It details the routine use of armed police officers including some with machine guns, sensitive images of police drills and spreadsheets that document arbitrary detention for as long as a decade for trivial acts such as not using a phone enough, a sign of trying to evade digital surveillance.

Human rights groups and countries accuse China of putting Uyghurs in mass detention camps as part of a campaign of genocide, and a 2019 United Nations assessment said an estimated 1 million people have been detained. China says it’s fighting terrorism and rejects human rights abuse allegations in Xinjiang, which has become one of the biggest points of tension between the world’s two largest economies. The images found are accompanied by training manuals, detailed police work rosters, and instructions for guarding the camps. Using a euphemism to describe inmates, one document states: “If students do not respond to warning shots and continue to try to escape, the armed police shoot to kill,” the BBC reported. Images show one prisoner in an iron torture device known as a tiger chair, which immobilizes the arms. Der Spiegel, one of the other outlets that published the tranch of hacked photos and documents, said it confirmed their authenticity in part by analyzing GPS data included in some of the images.“The material is unprecedented on several levels,” Dr. Adrian Zenz, director and senior fellow in China Studies at the Victims of Communism Memorial Foundation, who obtained the files and shared them with news outlets, wrote on Twitter. His thread provided a broad overview of the leaked materials that included “high-level speeches, implicating top leadership and containing blunt language,” “camp security instructions, far more detailed than China Cables [that] describe heavily armed strike units with battlefield assault rifles,” and other evidence of Uighur oppression at the hands of the Chinese governmentAccording to the leaked files, China uses a shoot-to-kill policy for Uyghurs who dare to escape the internment camps. Moreover, the documents contradict the official line of Chinese officials that the Uyghurs voluntarily choose to attend the centers.China's Foreign Ministry rejected the leaked documents "as cobbled-together material" by "anti-China forces smearing Xinjiang."

Foreign Ministry spokesperson Wang Wenbin has said the media is "spreading lies and rumors." German researcher says difficult 'to fake this amount of image material'. Yet Adrian Zenz, a US-based German researcher, said the files would be almost impossible to falsify. He said he received the cache from an anonymous source who hacked into official databases in Xinjiang. He said : "It's always possible to fake documents. It's a lot harder to fake images, and it's even harder to fake this amount of image material and this type of image material". He said the leak was the result of "a hacking attack straight into police computers, even into internment camp computers, penetrating the Chinese systems and getting the evidence straight from the horse's mouth." Zenz said the leaked files revealed the "the mass internment of completely innocent people," with detainees including young teenagers and old women. "And the files don't even say they've done anything. That's merely guilt by association. These people simply have a parent in detention or a relative, and that's really all that they've done."

A groundbreaking initiative: Spain becomes the first in Europe to approve paid “menstrual...

Missing Tibetan writer alleged to be detained in a Chinese prison

The rise of domestic violence amid the implementation of...