Habré is Dead but Victims’ Right for Compensation Lives On 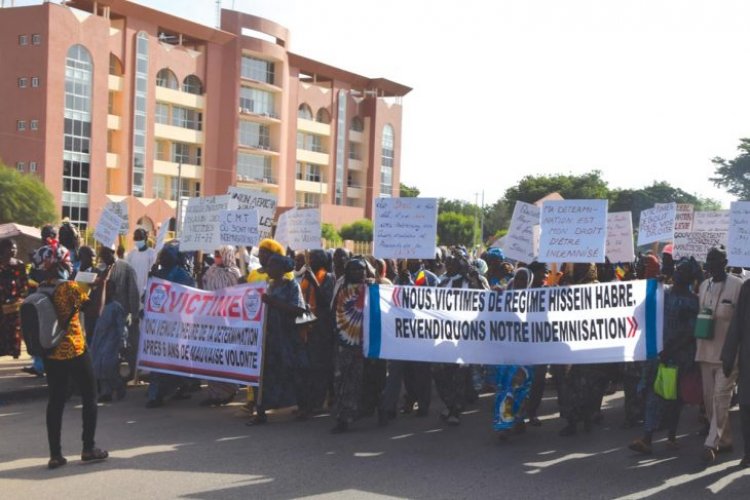 Hissène Habré ruled Chad from 1982 until 1990, indicted for war crimes and crimes against humanity during his rule, he was finally sentenced to life imprisonment in 2016 by the Extraordinary African Chambers, a criminal court set up especially to try the case and which closed its activities a year after completing appeals in the case. In August this year when Habré died due to complications from COVID-19, several questions were raised about reparations to victims for his crimes, notably the creation of a Guarantee Fund for such victims. However, how can such rights be protected if the perpetrator of the crimes is dead and the court that ordered the crimes has been dissolved?

The trial was a joint effort of decades of mobilisation by victims of the government, and in the judgment the Extraordinary African Chambers ordered Habré to pay over CFA 82 billion (over US$140 million) to the 7,396 victims who participated in the trial as civil parties. Yet more than four years after the order, none of the victims have received any compensation.

The court ruled that reparations should be paid through a Victims Compensation Fund, similar to other models that already exist, but now Habré is dead and the fund has not been set up. The victims in Chad are frustrated with the long process and have mobilised the position of several other international organisations. Among them, the UN High Commissioner for Human Rights reaffirmed that the death of the ex-governor does not prevent in any way the implementation of the Fund. In addition to the African Union, which has been pressured to meet with the Chadian government to reach an agreement on the methods of implementation of these measures to compensate the victims of Habré.

One of the next challenges is to mobilise resources and operationalise the fund in a sustainable manner. The African Union has announced plans to mobilise resources, involving civil and international organisations and partner states to seek voluntary contributions to the fund. However, victims are still mobilizing strongly for fear that their rights will once again be put on the back burner, especially in light of recent political events in Chad, such as the death of President Itno. The fear is that these rights will be forgotten, taking into account that as time passes hundreds of the oldest victims have already died and never had the opportunity to receive any compensation.

Violence and Civil Tension During the Durga Puja Celebration in Bangladesh

New Action Plan for the Protection of Children in Yemen