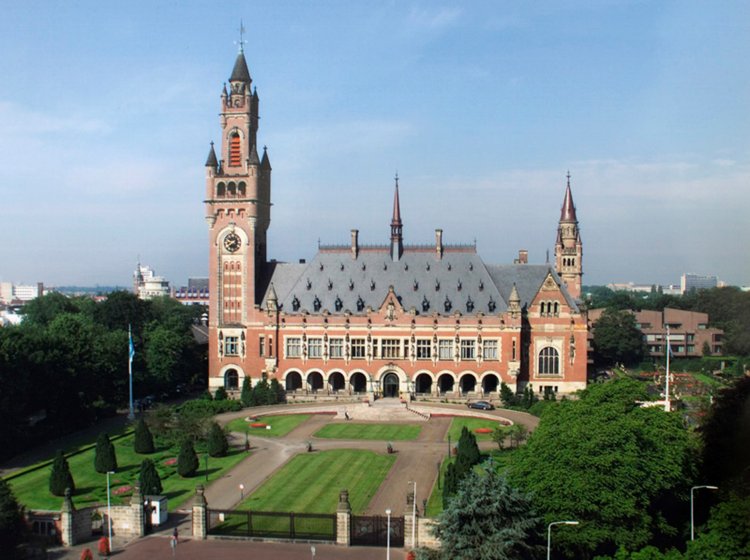 Photo by Yeu Ninje via Wikimedia

On 1 September 2022, Germany filed a Declaration of Intervention in Ukraine’s case against the Russian Federation for alleged violations of the Genocide Convention before the International Court of Justice. [1]  The basis for Germany’s intervention is that the case deals with the interpretation of provisions of the 1948 Convention on the Prevention and Punishment of the Crime of Genocide, which could have legal implications for all State signatories to the Convention, including Germany.

In its Declaration, Germany emphasizes that the Convention creates erga omnes obligations on State parties and that the prohibition of genocide has risen to the level of a jus cogens norm under international law. A jus cogens norm is considered a fundamental principle of law, by which all States must abide.  At issue are matters of jurisdiction – i.e., whether the ICJ has proper jurisdiction over the case, as well merits issues - such as the elements of the crime of genocide, and the extent of States’ duties to prevent and punish genocide. Germany’s filing invokes the “international community’s common interest in the rights and duties of enshrined in the Convention,” perhaps encouraging other nations to intervene as well. [2] Germany joins the ranks of Latvia, Lithuania, New Zealand, and the United Kingdom, which have previously filed similar interventions in the case.

Ukraine’s underlying case is based upon Russian President Vladimir Putin’s assertion that Russia’s invasion of Ukraine was made to put an end to the alleged Ukrainian-led genocide in the Donbas region of the country. This claim is considered to be baseless by the vast majority of States in the international community.  In fact, human rights experts in Ukraine have accused Russia of engaging in genocide during its invasion and occupation. On March 16, 2022, as a provisional measure, the ICJ ordered Russia to suspend all military activity in Ukraine. Thus far, this order has been summarily ignored by President Putin.

[1] Allegations of Genocide Under the Convention on the Prevention and Punishment of the Crime of Genocide (Ukraine v Russia), Declaration of Intervention Under Article 63 of the Federal Republic of Germany (1 September 2022).