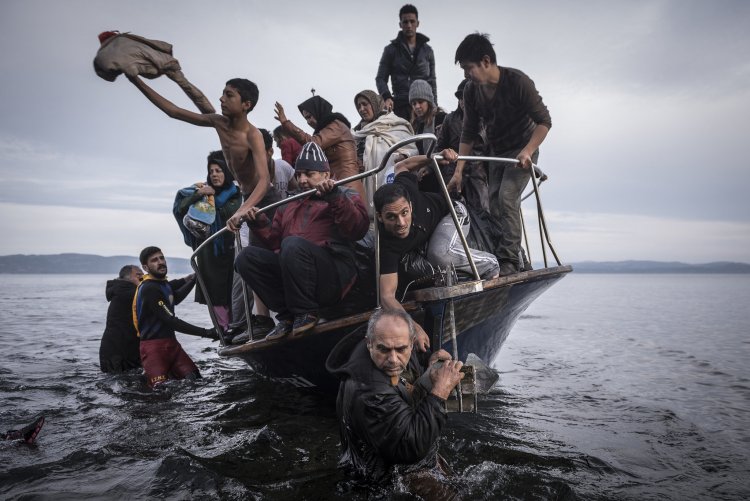 In the early morning of December 14th, 2022, four people died whilst 31 were rescued by a fishing trawler from a sinking boat while attempting to cross the English Channel. Temperatures were reportedly 1 degree Celsius when they were rescued, with a video posted by the BBC showing many of the migrants who made the crossing only wearing t-shirts (Andersson, 2022).

This tragedy transpired a day after UK Prime Minister Rishi Sunak, announced a crackdown against illegal immigration into the country by repatriating those who have arrived illegally and by denying them the ability to seek asylum in the UK (Macaskill & Young, 2022). Home Secretary, Suella Braverman, believes that the introduction of this new law would deter people from  taking the risk of potentially deadly crossings (BBC, 2022).

This new law, by denying migrants their rights to seek asylum, would violate the international law on the right to asylum that the UK is bound by. On the same day of the rescue of the sinking boat, Conservative members of the parliament, voted on a bill that would allow the UK to not live up to its obligations to the European Court of Human Rights, by ignoring their rulings when deporting asylum seekers. The vote saw only 69 MP in favour and 188 against (BBC, 2022).

The loss of lives, that occurred last Wednesday, mirrors another catastrophe at sea that happened last year, which saw the death of 31 people who also attempted to cross the Channel from France (Bunkall, 2022).

Sunak’s plan to reduce the amount of illegal migrants staying in the UK by threatening deportation, does not directly address these dangerous crossings as the people are desperate enough to cross the sea to enter the UK. It also does not create a safe alternative to enter the country, and thus there is a chance that an event like this will occur again in the future.

disaster to be investigated by French government. Sky News. Retrieved from https://news.sky.com/story/deaths-of-31-people-in-worst-ever-channel-migrant-disaster-to-be-investigated-by-french-government-12749720

Rohingya Jailed Whilst Attempting to Travel

The Dangerous Venture Of Venezuelan Migrants In Crossing...