Former political prisoner in Tibet dies as a result of torture 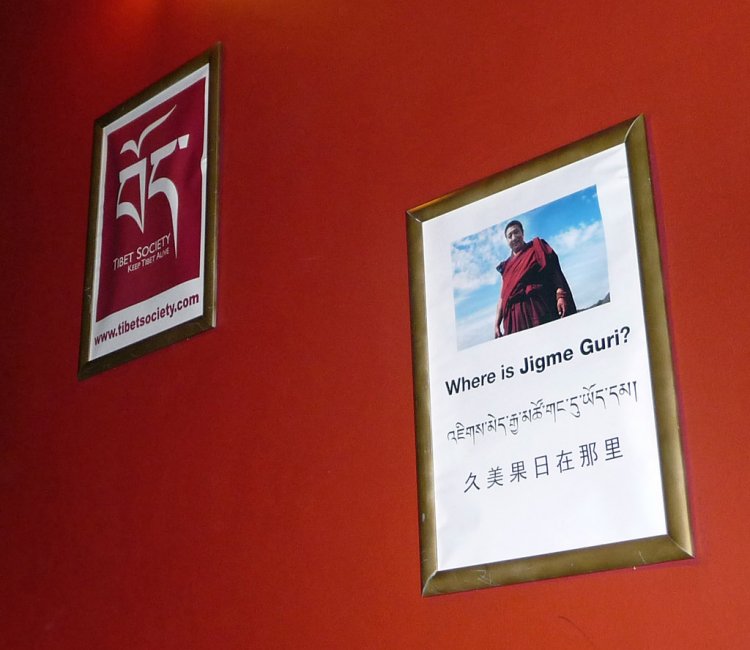 Jigme Guri, Tibetan Monk and Buddhist scholar, dies on the 2nd of July 2022 as a result of poor health due to torture by Chinese authorities. Jigme Guri, also known as Jigme Gyatso, spoke out about the numerous human rights violations by the Chinese authorities and the ill-treatment of Tibetans in occupied territories. The monk has repeatedly been imprisoned and tortured for his peaceful protest against Chinese rule regarding its restriction on the Tibetan cultural language and practices. Jigme Guri died at age 56 in his home in Northwestern China’s Gansu province, a restricted area in occupied Tibet.

Jigme Guri was first detained and tortured in 2006 after returning from India where he attended the Kalachakra religious teachings from the Dalai Lama. He was detained and tortured a second time in 2008 as he was accused of leading the protest in Labrang to disturb the media tour organized by the Chinese authorities. The latter proved near fatal for the monk as he was released from detention to avoid death under Chinese custody.

He was again taken into custody in 2011 where he was handed a five-year prison sentence on charges of “splitting the nation,” a charge often brought against Tibetans who assert their national culture and identity. For almost three years after his arrest, the monk was held incommunicado and was subjected to torture violating article 5 of the Universal Declaration of Human Rights (UDHR) stipulating that no one shall be subjected to torture as well as the Convention against Torture and Other Cruel, Inhuman or Degrading Treatment or Punishment, article 1. After his release in 2016, the Chinese authorities restricted his movements as well as hospital visits, depriving him thus of the medical attention Jigme Guri needed as a result of the torture he received.

As he was denied medical care, Jigme Guri’s health deteriorated further causing him to suffer from various health complications such as hypertension, diabetes, and other complications to his heart, liver and eyes. The national police denied the monk his national ID card, making it impossible for him to seek adequate medical treatment at private hospitals. He was admitted into government hospitals but his condition did not improve.

In addition, during his subsequent detention periods, the monk was denied correspondence and contact with his family, as the various locations remained undisclosed and contact with his family was negated. The latter amounts to a violation of article 12 of the UDHR that stipulates that every individual has the right to correspondence even if that individual is imprisoned or detained.

Similarly, the Chinese authorities violated article 9, the right to be free from arbitrary arrest as Jigme Guri was detained after giving a testimony where he opposed the ill-treatment he received during the detention periods and that Tibetans are subjected to since the Chinese occupation in a video directed to the international community. As article 19 of the UDHR states that all individuals have the right to freedom of expression regardless of frontiers, China failed to uphold its obligation under international human rights law.

Therefore, China has violated article 5, 9, 12 and 19 of the UDHR and article 1 of the Convention against Torture and Other Cruel, Inhuman or Degrading Treatment or Punishment.

Former political prisoner in Tibet dies as a result of...