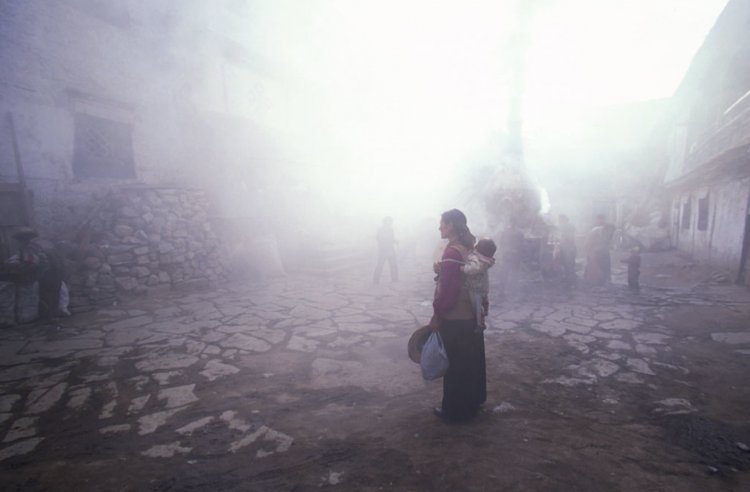 Five Tibetans named Chugdhar, Ghelo, Tsedo, Bhamo and Kori have been arrested in Eastern Tibet for having publicly carried out a ceremony of burning incense and offering prayers for the Dalai Lama. The individuals arrested were all residents of Serthar County in Kardze (Ganzi) Prefecture and were taken to a detention centre in the same country on the 24th of August.

Two days after their arrest Chugdhar, 52 years old, was reported to have died in the detention centre. Chugdar died after undergoing beatings and torture while in detention. Chugdhar’s family reported he did not suffer from any pre-existing illnesses prior to his arrest.

The Chinese authorities would not allow Chugdhar’s body to be returned to his family for burial if the family did not sign a letter stating that his death did not come as a result of police beating.

The remaining four detainees were transferred to a detention centre in Kardze County on the 31st of August. Their families have been denied access to meet with them and all attempts to provide food for the detained have also been refused.

The treatment of Chugdhar, Ghelo, Tsedo, Bhamo and Kori by the Chinese authorities goes in direct violation of China’s international legal obligations.

Article 1 of the Convention Against Torture (CAT) explains the meaning of the term torture, explaining that the term encompasses all acts that intentionally inflict severe pain or suffering wether physical or mental for obtaining information, punishing or intimidating and coering an individual for any reason based on discrimination of any kind. This right to be free from inhumane treatment is reinforced by article 7 of the International Covenant on Civil and Political Rights which states that no one shall be subjected to torture or cruel, inhuman or degrading treatment or punishment. China’s beatings and torture of the detainess goes in direct violation of these two articles, amounting to a violation of a jus cogens principle.

In this regard, China is seen to violate the ICCPR, the UDHR and the CAT.

NB: As a signatory of the International Covenant on Civil and Political Rights (ICCPR) in october 1998, China is not bound by the covenant however it has the obligation to act in good faith and not defeat the purpose of the ICCPR.

International Crimes in the Central African Republic: the trial of Mahamat Said...

Christian man sent death threats over not converting to...

TikTok profits from donations made to Syrian refugees on...