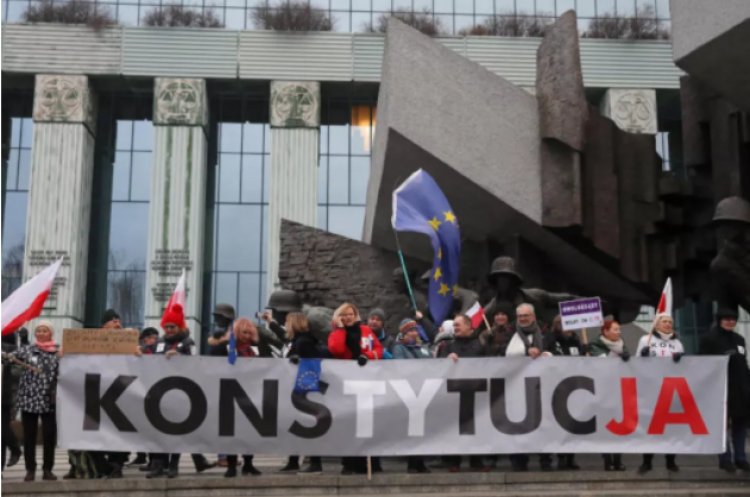 The European Commission sees the controversial chamber of the Polish Supreme Court that was established to discipline judges and prosecutors as a threat to the country's judicial independence that makes judges subject to political control. On the other hand, the Polish government insists it's an essential tool to eliminate the remains of the communist regime. Even though the Court ordered Poland to take interim measures to suspend the chamber and the effects of the decision, the disciplinary chamber continues functioning today. For this reason, the Commission has asked the EU's Court of Justice to impose financial penalties on Poland until the interim measures issued are applied. Separately, the executive launched a new infringement procedure against Poland about another ruling by the EU's Court of Justice that said the legislation underpinning the disciplinary chamber was in breach of EU law. The Commission hopes the financial threat will force the hand of the Polish government and finally amend the disciplinary chamber. The Commission also opened an infringement procedure against Poland concerning the so-called LGBT-free zones that some municipalities and regions have put in place. The executive considers these areas discriminate EU citizens on the grounds of sexual orientation.

Farmers are fined for spraying pesticides that hit a child...