Environment v. Human Rights: Operation Artemis and the deforestation campaign that is stripping vulnerable farmers and indigenous peoples of their lands in Colombia 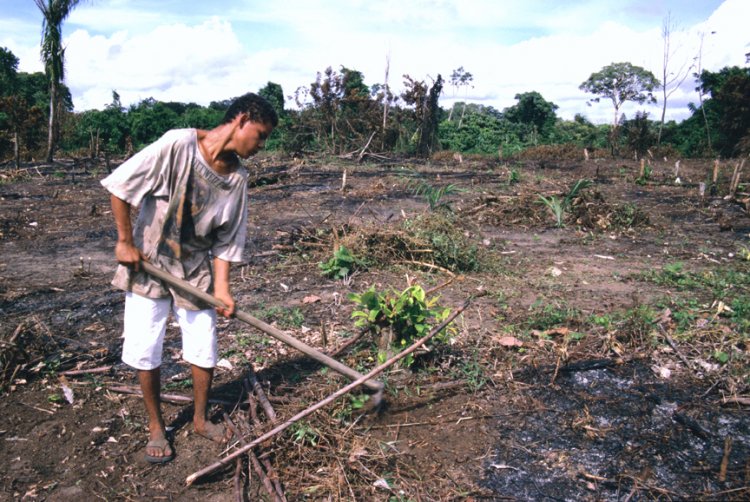 The deforestation situation in Colombia is critical. The country has lost about one-third of its original forest, according to data from the United Nations. Due to this, Colombia is losing the race to save its forests and to meet international commitments signed during COP26 to mitigate the disastrous effects of climate change. The government of President Iván Duque then resorted to the launch of Operation Artemis, with the purpose of fighting deforestation by militarising forested areas.

The government characterises Operation Artemis as a strategy that has managed to recover thousands of hectares of land. However, many believe the operation to neither be comprehensive nor take into account the criteria of rural communities, their development and their active participation in the preservation of the forests. The government’s plan has been a target of many questions and concerns in Colombia for not considering the inhabitants of these areas, who have been victims of violence by the army and the police. The statements of victims and experts show that the operation is misguided and costly, and has been targeting vulnerable farming families with expensive helicopter missions into the remote areas of the Amazon, instead of focusing on the kingpins who finance mass forest clearance.

Not only this, but the several complaints show that the military and police forces have destroyed crops and homes of families, while searching for evidence of alleged environmental crimes. They further note that communities have been run over and farmers and indigenous peoples have been “brought to justice” without taking into account that many live in territories not located on protected areas. The Comunes Party in Colombia affirmed that Operation Artemis has only succeeded in violating the human rights of indigenous peoples and vulnerable farmers who inhabit the remote areas of the Amazon.

One of the victims, Anayiber Pino, has told Al Jazeera that the military only gave her three minutes to rescue what she could from her home before detonating the small shack, burning all that was left inside. Pino and her family were then flown to a police station in the Meta province where her husband and son were ordered to attend a hearing before a judge. The military informed her family had been living on protected land, but Pino affirmed “if we had known that we couldn’t work here, we never would have come”. Another farmer, Gladis Galindo, was accused of three environmental crimes, each carrying a maximum sentence of more than 10 years in prison, for living in a national park to provide food for her seven children.

Operation Artemis was first launched in 2019 and is concentrated in the Amazon provinces. At the time, President Duque asserted that his government “wants to show the country that in the development of our national security strategy we will have zero tolerance for deforestation”.

“Larger and Unusual” Hole in the Ozone Layer This Year