Endorsement for a New Bill on Sexual Violence Prevention, Why Is It Needed? 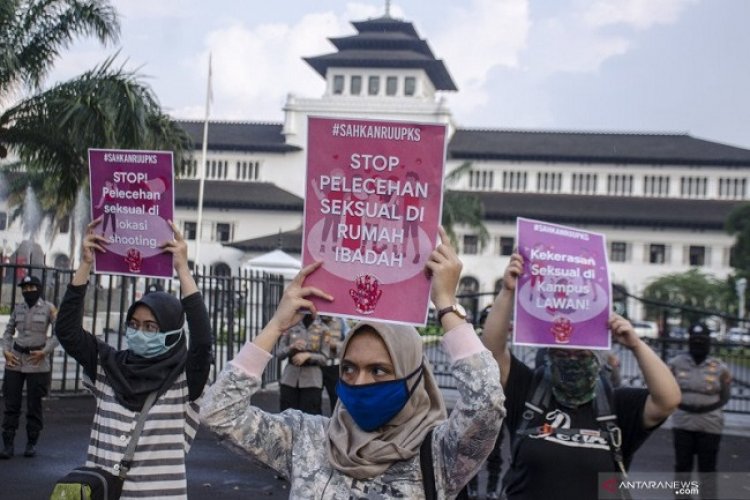 Protesters in support of the Elimination of Sexual Violence Bill in Bandung July 2020 / Antara Foto Novrian Arbi (Published on https://www.insideindonesia.org/spilling-the-tea-on-sexual-violence)

To commemorate Human Rights Day, the National Commission on Violence Against Women of Indonesia (Komnas Perempuan) has endorsed the Indonesian House of Representatives on developments in the field of women’s rights. [1] The legislative body has recently ensured the continued progress of the sexual violence prevention bill that has been in the making for several years. What the exact ensured progress contains remains unclear.

Currently, Indonesian law against sexual violence remains limited in its reach and effects. The main instrument which protects victims of sexual violence is the Indonesian Criminal Code. The law, however, has been considered an instrument of colonial legislation, as it was adopted during Indonesia’s Dutch colonial period and has not been adequately adapted to modern times. [4] It is hoped that the new prevention bill will bring much-needed change.

The Hidden Face of War in Ukraine