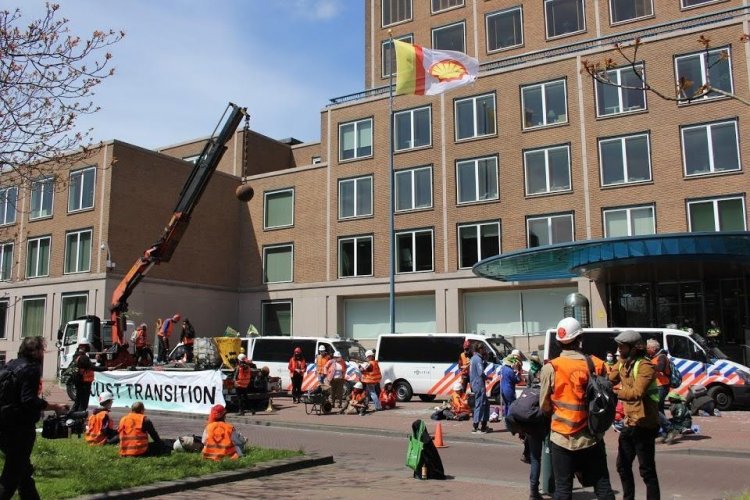 On Wednesday, May 26th, the district court of The Hauge ordered oil and gas giant Shell to cut carbon emissions by 45% by 2030 in a landmark case brought forward by Friends of the Earth Netherlands.

In February of this year, Shell announced their new climate plan to reach net-zero by 2050, however, received strong opposition from actors such as activist group Follow This and other influential investors and shareholders. The Dutch court agreed that Shell's carbon-cutting plan was vague and ordered the company to comply with the Paris climate agreement. The court also found that Shell has 'a duty of care' and that they’re violating two basic human rights: the right to life (article 2) and the right to respect for private and family life, home and correspondence (Article 8) of the European Convention on Human Rights (ECHR).

Of course, there were two sentiments after Wednesday’s ruling. Climate supporters considered the court's order a win as it will put further pressure on other polluting companies, but a Shell spokesperson called it 'disappointing' and the company plans to appeal the decision.

Shell is infamous for its involvement in major environmental and human rights violations. Examples include: spending $22 million on anti-climate lobbying, avoiding accountability for the Nigerian murders of thousands of Ogoni people in the 1990s who protested against the damage caused by Shell's presence in the area, and publicly acknowledging the impact their company has on the climate and the subsequent harmful consequences. In order to move towards a safer and more just future, it’s important to hold influential and powerful giants like Shell accountable.

Activists in Eastern Cape Against the Shell’s Plan to Survey...

Protests Erupt in Serbia in Response to Rio Tinto Lithium...