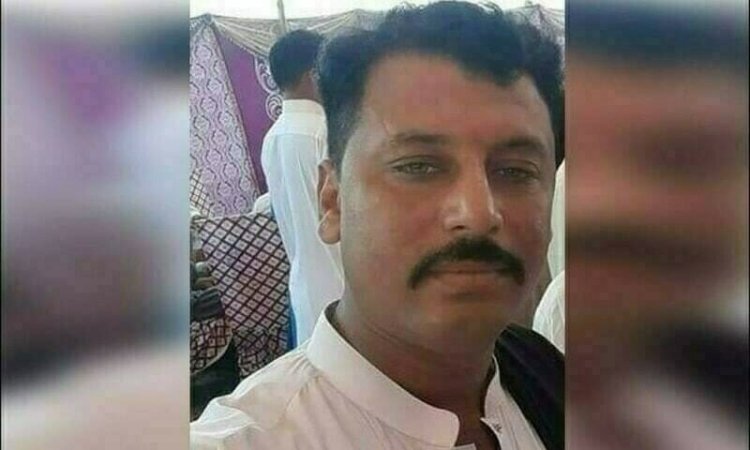 Nazim Jokhio lived in Malir, Karachi. He belonged to a lower middle class family and was an educated person. He was also a rights activist on social media. One fine day, some people arrived in his area to hunt Hubara Bustard (an endangered bird species whose hunting is illegal all over the world. In fact it is a crime to kill this bird in Pakistan). Nazim loved nature and was educated enough to know this was wrong at many levels. He tried to talk some sense into these people and when they didn’t pay heed to his concerns, he made a video of these people in the act. They got really annoyed and left the area while threatening Nazim with dire consequences.  The same evening, two local Members of National Assembly (equivalent to members of Parliament) got him abducted from his house.  The name of these two people is Jam Owais and Jam Karim.  They tortured him the whole night, and threw his dead body outside at the gate of their Farm the next morning.  When the case was registered and investigations were startd, it became ver apparent right in the beginning as to who murdered Nazim. Both the murderers were member of the Pakistan Peoples Party (PPP), and they absconded to Dubai right away.  They returned back home a few days ago and were given complete protocol by the Sindh Government, the Karachi administration as well as the PPP.  All of these elements got together and made life so difficult for the widow of Nazim Jokhio that she stated she will no longer pursue his case.  She actually said that she will wait to get justice in the afterlife.  It is inhumane and highly immoral on the part of the administration, the political party as well as the AG Office who were all part of this debauchery of justice. As the country looks towards the new coalition government with some hope, the true faces of all of these people's representatives should be revealed to them so that they can decide if they are giving their vote to the right person in future (GHRD Correspondent, 2022).

UN Experts Express Their Concern Over Disappearance of Three Tibetans Arrested and...

The Kafala System in the Middle East: Worker Migration...