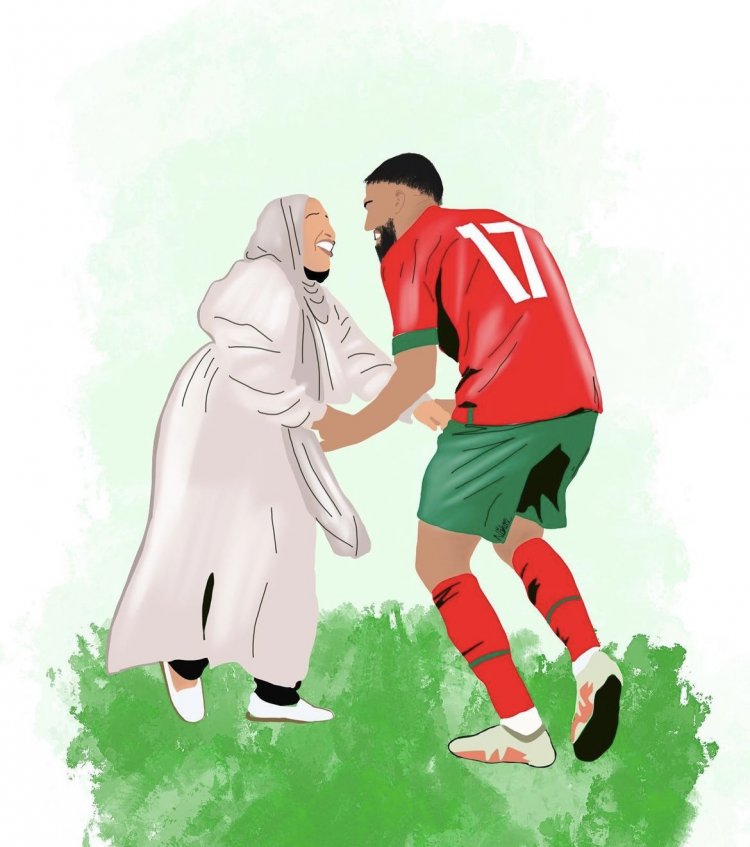 The Danish TV2 channel has been heavily scrutinized for racist remarks. The anchor Søren Lippert held up a picture of monkeys hugging each other while a commentator compared the picture to Moroccan football players hugging their mothers. [1] At the FIFA World Cup 2022 in Qatar, the mothers have made frequent appearances at their sons’ games. Images circulated on social media of Ashraf Hakimi’s mother grabbing his face and kissing his cheek after their group stage win against Belgium, and later of Sofiane Boufal dancing with his mother on the field after their historic win against Portugal, which made them the first African, Arab country to advance to the semi-finals. [2]

After public outrage, the TV channel apologized and argued that this was a failed transition from the news segment talking about the Moroccan players to the next news segment about how animals hug each other to keep warm. Their statement reads, “it was an ‘unfortunate’ attempt to be humorous” and that they now recognize how such comments can be seen as racist. [3] To defend himself, Lippert tweeted, “I'm the guy holding the picture (in a segment on awarding wildlife photos), but not making the inappropriate remark. However unintentional, the comparison made in the program is not ok.” [4]

Whether intentional or not, this was only one of many racist remarks made against the Moroccan players. The well-known German news media, Welt, accused the players of showing ISIS greetings and argued that such images may be “irritating” to others. The image shows three Moroccan players sitting in their dressing room holding up their right index fingers, following their quarter-final victory against Portugal. However, in Islam, this hand gesture signifies the oneness of God and affirmation of faith. Although the news anchor mentions this, he argues that ISIS has proclaimed this sign to be theirs and says it is unclear whether the players were aware of this. [5] The YouTube recording of the news program on Welt’s account has since been made private, but social media users were quick to record and share it, making it impossible for Welt to hide its racist and Islamophobic comments. [6] In Germany, the trend #ZeigDeinFinger (#ShowYourFinger) was started to raise awareness. How come when Arab or Muslim players make this hand gesture they are labeled as terrorists, but when Messi or Ronaldo do so no such connection is made? [7]

[6] https://www.youtube.com/watch?v=Qsvr46pEN-U (retrieved 2022, December 20, from the integrated link in other news stories when the video was still available); The original video also cannot be found on their website anymore. But a segment where a different anchor asks their guest expert about the gesture and repeats the original segment’s comments is still available to users; Welt. (2022, December 13). Marokkos Fußballer zeigen umstrittene Geste. https://www.welt.de/politik/ausland/video242658959/Marokkos-Fussballer-zeigen-umstrittene-Geste.html

The Fight Against COVID-19 In SÃO TOMÉ And PRÍNCIPE: Vaccinations...