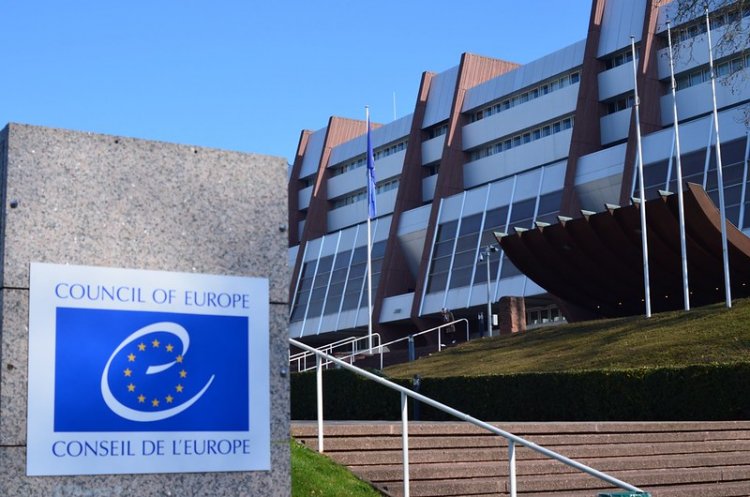 “the ongoing temporary occupation of part of the territory of Ukraine in the Autonomous Republic of Crimea and the city of Sevastopol […] of Ukraine by the Russian Federation as a violation of international law and the principles upheld by the Council of Europe, and reaffirming the non-recognition of its illegal annexation by the Russian Federation”

The decision reiterated that the unlawful and unjustified armed aggression of the Russian Federation has caused thousands of civilian casualties across Ukrainian territory and have caused millions to be internally displaced within and outside of Ukraine. In addition, the Committee of Ministers condemned the Russian public authorities’ discrimination of “ethnic Ukrainians and Crimean Tatars” residing in the temporarily occupied territory of Crimea. The Committee also expressed “grave concern” regarding the lack of access international human rights monitoring mechanisms have in the unlawfully occupied territory of Crimea. The decision also notified that the situation has been worsening since the start of Russia’s invasion of Ukraine on the 24th of February 2022. The Committee of Ministers, in its decision, reiterated its support and its cooperation with Ukraine and urged the Russia Federation to:

The decision goes on to list the actions the Russian Federation should take to comply with its international law obligations. Part of these obligations are to “revoke [Russia’s] decision declaring the Mejlis of the Crimean Tatar People an extremist organisation” and to ensure the “safe, secure and unhindered access of international human rights organisations to the Autonomous Republic of Crimea and the city of Sevastopol”.

Secretary General of the Committee of Ministers. (2022, June 15). Report by the Secretary General on the human rights situation in the Autonomous Republic of Crimea and the City of Sevastopol, Ukraine. Council of Europe – Committee of Ministers. Retrieved on June 17, 2022, from https://search.coe.int/cm/pages/result_details.aspx?objectid=0900001680a6e1cc

Meeting of the President of the International Criminal...

Europe’s Prison Population Reduced due to the Covid-19...