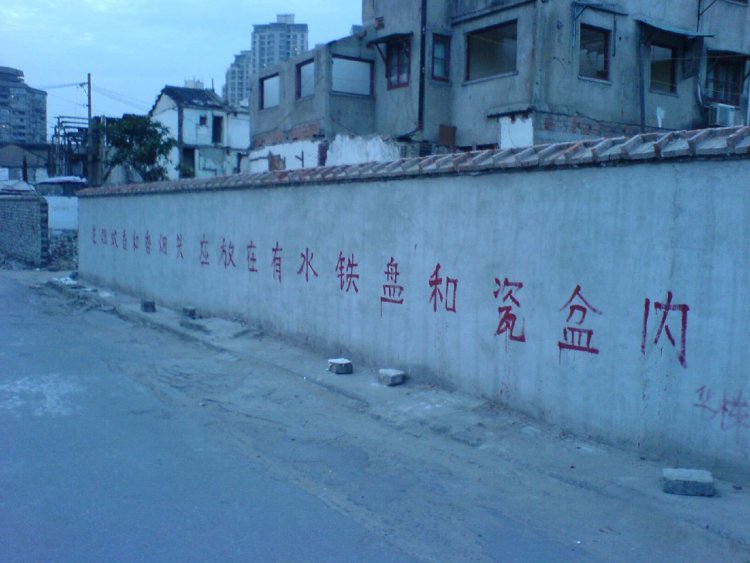 Chinese authorities launched an “anti-Dalai” campaign on the Dalai Lama’s 87th birthday to display the modernization and economic progress since the annexation of Tibet by China. The campaign falsely depicted the past Dalai Lama administration as keeping the population in slave conditions. Students who did not attend classes to celebrated the birthday of the Dalai Lama were forced to go to the police station and received various punishments.

In additions, exhibitions were constructed for the campaign and white boards were placed stating slogans such as “Students who believe in religion are disloyal to the Party,” and “Party members do not believe in any religion.” Students who were taken to the exhibition were made to sign by impressing the palm of their hand on the board to “sign” anti-religious slogans written on the boards.

These practices violate the right to freedom of opinion and expression (article 19 of the Universal Declaration of Human Rights), forcing students to adhere to a political opinion that is not their own. Similarly, the right to freedom of religion and belief (article 18 of the UDHR) is also seen to violated as those people who celebrate the birthday of the Dalai-Lama.

European Commission will sue Hungary for Anti-LGBTQIA+ discrimination and radio...

Over 6,000 migrants returned to Morocco by Spain

France to reopen embassy in Libya after nearly seven years

US begins to enforce the Uyghur Forced Labor Prevention...